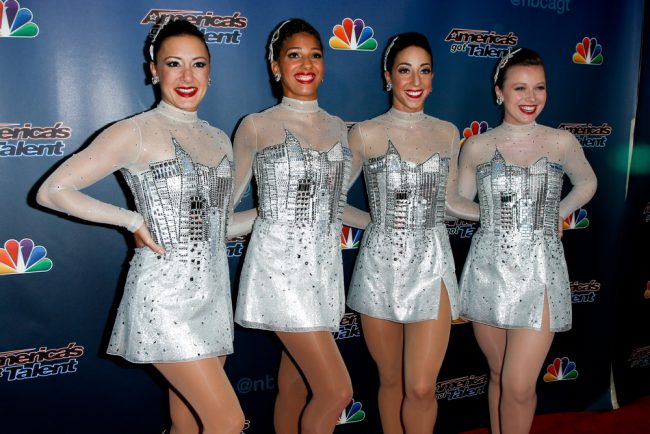 Last week, we talked about the famous Rockettes’ assignment to work Trump’s presidential inauguration and all the problems arising around that. Many of the dancers didn’t want to perform at the event, and there were conflicting and changing reports as to whether they would be forced to, with different dancers working under different contracts. The Executive Chairman of The Madison Square Garden Company sounded like he was under the impression that each Rockette performs at each event voluntarily, but the union’s official statement said that “everyone is entitled to her own political beliefs, but there is no room for this in the workplace.”

So what’s the update? Well, the update seems to be that there isn’t much of one. The Rockettes are still scheduled to perform, and there’s still some confusion, or at least heavy uncertainty, as to whether or not this gig is actually voluntary. The original message was that there are 13 full-time Rockettes, with a number of part time dancers as well, and that the main group is required to perform. One dancer, going by the pseudonym of Mary, gave an interview with Marie Claire, in which she says that the union did change that requirement after the very public backlash last week. From the sound of it, though, some dancers are skeptical and fear retaliation for taking advantage of that “voluntary” option. She says she knows of three full-time dancers who have declined and says “It will be interesting to see who doesn’t get their job back.” She then adds the tough point, “But do you really want to work for a company that supports this? I just don’t know. It’s become a moral issue at this point.”

While there was a lot of support online last week (hence the union’s change of stance), there was also a ton of criticism of the Rockettes’ reluctance to perform. Most of it was centered around the idea that they should just “do their job,” and that if a waitress/doctor/pilot/insert any falsely equivalent occupation where doing your job doesn’t imply celebration and endorsement, didn’t want to work for a particular person, they’d lose their job. But when it comes to the Rockettes (some of whom, according to Mary, cried their way through their whole show the night they all found out they’d be performing at the inauguration), participating in that event is tantamount an endorsement. And this isn’t about not wanting to perform at a Republican event. After all, the Rockettes performed at both of George W. Bush’s inauguration events. As Mary puts it, “We do a lot of events, but there have been no events that could cause trauma. And doing this would cause trauma for some people.”

“This is not a Republican or Democrat issue—this is a women’s rights issue,” she continues. “This is an issue of racism and sexism, something that’s much bigger than politics. We walk into work and everyone has different political views. The majority of the stage crew are Trump supporters; there’s a ‘Make America Great Again’ bumper sticker on the crew doors at the side of the stage.”

“It’s the ensemble. It’s the people in our wardrobe and hair department, some of whom are transgender,” she says. “These are our friends and our family, who we’ve worked with for years. It’s a basic human-rights issue. We have immigrants in the show. I feel like dancing for Trump would be disrespecting the men and women who work with us, the people we care about.”

To dress in sparkly, skimpy outfits and dance their hearts out is what Rockette dreams are made of. To be forced to do it in celebration of a man who has made it clear how little respect he has for women (read: none at all) is entirely degrading. Another anonymous Rockette said she wouldn’t “feel comfortable standing near a man like that in our costumes.” And it’s no coincidence, of course, that, as far as she knows, none of the already few women of color in the group have signed up for the event.

“It’s almost worse to have 18 pretty white girls behind this man who supports so many hate groups,” she says. The lack of diversity in the kick line is “embarrassing” on a normal day, she says, and will only be more pointed in January. “They’re going to be branded in history as one of those women,” Mary says. “How’s it going to look?”

And a huge difference between working as a performer and any other job is that you are visibly associated with the type of work you do. Actors, dancers, directors, all artists cultivate a personal brand that is often inextricable from their professional brand.

“This is making our show, our job, our name, branded as right-wing. An extreme right-wing,” Mary says. “There’s a reason why everyone else is turning this down. Why are we not?”

So when (hopefully if) the Rockettes perform at Donald Trump’s inauguration on January 20th, remember that not every woman in that kick line wants to be there. Telling them to “do their job” (as if those are just so easy to come by if you don’t like this one, especially for professional dancers) is an unfair demand when that job is grounded in smiling and dancing for a man who brags about sexual assault.

(via Marie Claire, image via Shutterstock)