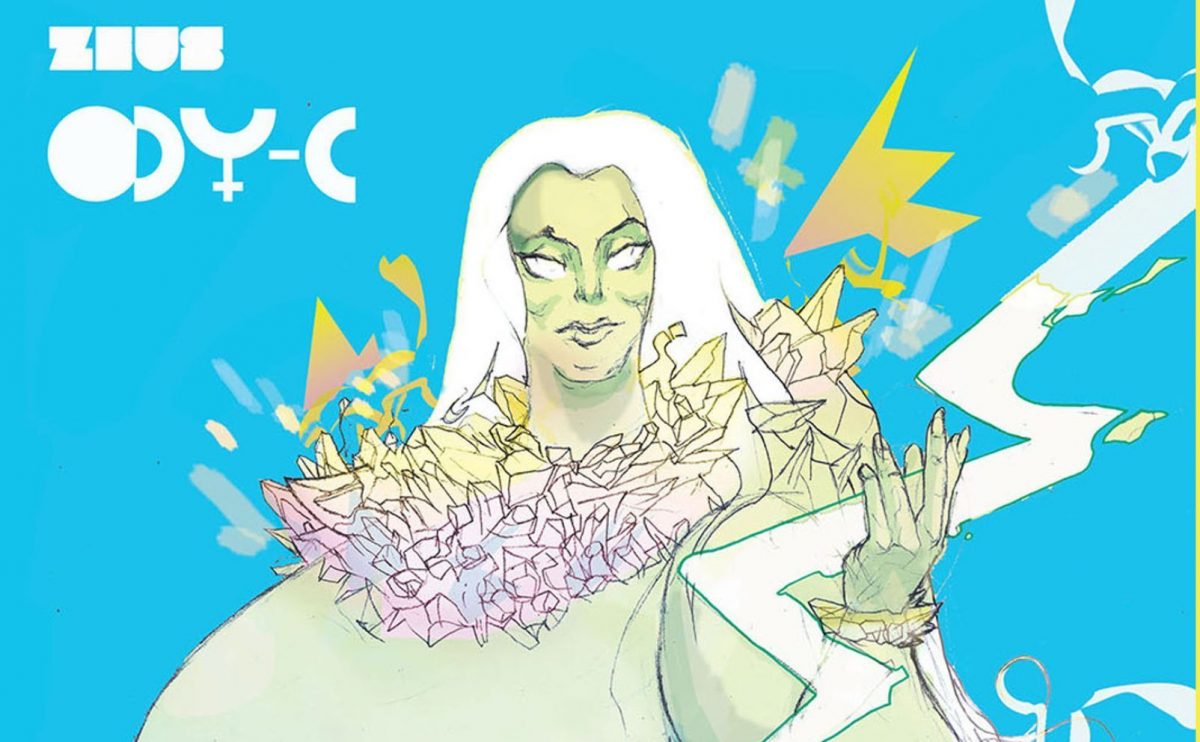 I can count on one hand how many fat superheroes I’ve encountered in comics, and these characters are still mostly white, mostly blonde, and almost always played by thin people if they ever make it to TV or film adaptations, which is honestly just infuriating. Our limited positive representation in comics is stripped away as soon as audiences have to look at those characters on-screen.

We’re just that disgusting, right? At least, that’s what we’re told. “Fat” is just an adjective, but it’s one often used as an insult. Fat people are assumed to be lazy, unintelligent, selfish, greedy, and poor—and because it’s harder for fat folks to find work, especially fat women, we’re forced into positions where poverty rules over our ability to do anything about the weight everyone finds so offensive. Gyms cost money, fresh food is more expensive than preserved, and clothing that fits and makes us look even semi-professional costs far more than it does for smaller people.

Fatness scares people. In fact, cis men say that their biggest fear in online dating is that their matches will turn out to be fat. Eating disorders abound because of people’s desperation not to see themselves, or be seen, as fat. Tabloids focus on cellulite and weight loss, knowing how hungry we are to shame the celebrities whose lives we covet for imagined flaws that make us feel better about not being them.

In fictional media, fatness relegates characters—especially women—to comedic roles, lacking love interests or full lives. The trailer for the upcoming I Feel Pretty, starring Amy Schumer, set off a wave of controversy for its plot, wherein a fat woman takes a hard fall and wakes up without any of the insecurity she suffered before. She feels confident and beautiful and powerful in her body, then realizes that this is weird, because she presumably shouldn’t feel this way at her size.

Here’s the thing: Fat people are beautiful and powerful and should feel confident. Instagram models and fat positivity movements seek to help us get to that point, and I applaud people like Corissa Enneking (Fat Girl Flow) and Jessamyn Stanley, who are dismantling myths about fatness, ugliness, and laziness on an everyday basis, to audiences in the thousands.

In a world where no one can escape fatphobia, regardless of their talents or industry, we need more positive fat representation in popular media. That absolutely includes comics.

The first time I encountered a truly fat character who wasn’t a murder victim, or a villain, or a joke in a comic book, it was the genderbent Zeus in Matt Fraction and Christian Ward’s ODY-C, from Image Comics. Tall, imposing, powerful, and undeniably fat, Zeus walked onto the color-drenched pages of this reimagined Odyssey and stole my breath away. Aside from Squirrel Girl, whose thick thighs literally save lives, I had never seen a fat woman with such a strong, undeniable presence in the panels of a comic.

It’s been some years since I first encountered Zeus and started looking for more fat representation in the comics I buy, but the list is still small. There’s Squirrel Girl, as mentioned above, whose casting for New Warriors (Milana Vayntrub) left many fat folks—myself included—feeling more than a little betrayed. There’s also Runaways’ Gert Yorkes, played by Ariela Barer on the Hulu adaptation, which also fails fat fans. And there’s Faith “Zephyr” Herbert, from Valiant, who’s listed on their website as “Los Angeles’ #1 superhero.”

Of course, there are other fat characters of note in major comic books: Microchip, from Marvel’s Punisher comics, for example—though he is also played by a much thinner actor (Ebon Moss-Bachrach) in the Netflix series. KaBOOM!’s Brave Chef Brianna also comes to mind, as well as Julie from Image Comics’ Moonstruck. She Hulk is also drawn as plus size in many instances, but her bulk comes from muscle more than fat.

Out of the thousands of comics available for purchase at local comic shops and online, this list of positive, powerful fat characters simply isn’t long enough. Faith Herbert is in a number of Valiant titles, it’s true, and Squirrel Girl appears multiple times in the Marvel universe, but taking just a handful of fat superheroes and peppering them throughout multiple works isn’t the way to achieve better fat representation.

While I acknowledge that there are a wealth of issues in the comics industry—not least of which a lack of women and non-binary creators, as well as creators of color—the hyper focus on thin characters is one that concerns me, especially as a fat consumer. It took years for me to see a fat woman experiencing a full life on a TV series rather than being relegated to the role of “funny, fat sidekick” (that woman was Sookie St. James from Gilmore Girls, played by Melissa McCarthy, for the record), and it took even longer for me to see a powerful, fat woman in the comics I read.

Cultural attitudes toward fatness seem to be, in some ways, shifting. However, to keep that momentum going, it’s important that popular media confront its biases and push to be more inclusive. Give me fat mutants, fat time travelers, fat gods, and fat wonder women. Let readers acknowledge that fatness is not synonymous with evilness, laziness, or cruelty.

Let fat characters be fat, but let them be more than that, too.