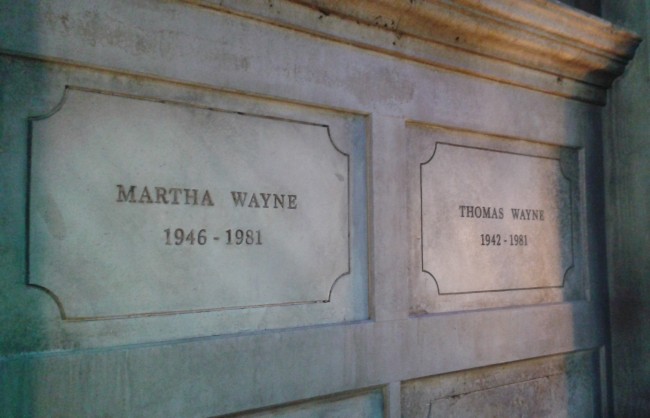 If you love the DC Universe and you’re in or planning a trip to Los Angeles, there’s no better place to delve into your fandom than at the Warner Bros. Studio lot in Burbank. No trip to L.A. is complete without doing at least one studio tour, and the WB Studio Tour Hollywood is one of the best. Not to mention one of the most geek-friendly.

After all, Warner Bros. is not only the home of the Harry Potter franchise, but it’s also the home of DC Entertainment. I had the chance to check out not only their studio tour, but the latest installation at their DC Universe: The Exhibit. Generally, the exhibit rotates the films they focus on and what they pull out of the DC archive. Right now, they are all about Batman v Superman and, in celebration of the film coming out this weekend, their Suicide Squad exhibit. Check out this peek at the awesome props, costumes, and set pieces on display in this video:

I would highly recommend that cosplayers especially get on over to the exhibit. You might never have this good a chance to check out Wonder Woman or Harley Quinn’s costumes for screen accuracy! And gamers, there’s something for you, too! Not captured in the video are three gaming stations where guests can play either Batman: Arkham Knight, Injustice: Gods Among Us, and LEGO Batman III: Beyond Gotham, all from WB Games. From interactive displays and photo ops, costumes and props, and games, DC Universe: The Exhibit has something for everyone!

For more information on the exhibit and the studio tour, you can check out the website HERE.

(photo by Yours Truly, video shot by Anastasia Basche)