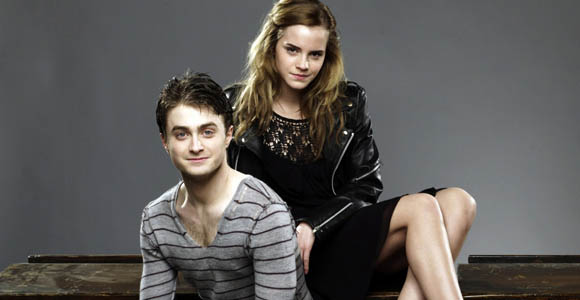 Emma Watson and Daniel Radcliffe have been doing fairly well for themselves post-Potter. Now both are circling roles that will place them in two other book adaptations – Cinderella and Frankenstein. Bet you can’t guess which is which.

The rumor previously going around was that Radcliffe was interested in taking on the Igor role in director Paul McGuigan’s (Sherlock) Frankenstein. The Hollywood Reporter now says the rumors are no longer and that Radcliffe is in final talks for the role.

The film has a screenplay by Max Landis (Chronicle) and while Igor isn’t from Mary Shelley’s novel, the movie is said to have a sci-fi spin. That’s if you didn’t already classify bringing the dead back to life as sci-fi. Empire says Landis is interested in delving into Igor’s history and describe him as “pathologically dirty and dressed in old clowns’ clothing.”

Meanwhile, Watson is in early talks to star in Kenneth Branagh’s Cinderella as “Cinders.” The director had taken over for Mark Romanek after his darker version of the story didn’t agree with Disney. Watson can next be seen in Sofia Coppola’s The Bling Ring, based on the true story of a group of teens who burgled celebrity homes in Hollywood.