How The DCnU Is Succeeding In At Least One Respect 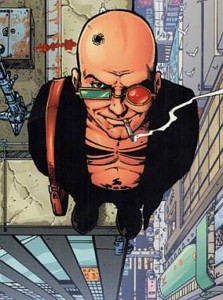 The New DC comics stuff looks so much like stuff I would never read that it oddly fills me with hope that they are targetting the core audience they want. If a 43-year old man looks at most of this promo stuff and goes meh, then that’s very probably a good sign for them. Best of luck to Dan D, Jim L et all for the imminent relaunch. — Warren Ellis, whose style of backhand has won him many a match of compliment tennis.

(Warren Ellis via The Beat.)