Warner Bros. Is Making a “Live-Action Hybrid” LEGO Movie, Not Totally Sure What That Means 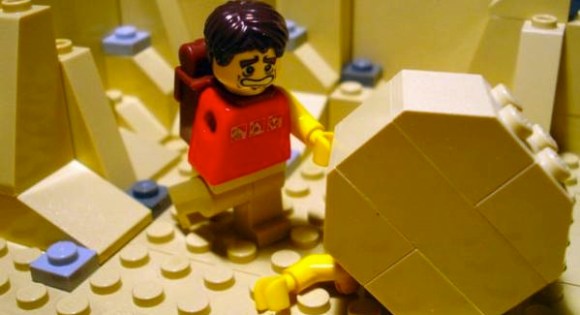 Warner Bros. announced that it has officially greenlit a LEGO movie, calling it a “CG-animated/live-action hybrid.” Um, we kind of don’t know exactly how to interpret that or how the famous Danish building toys come into play, but we’ll know for sure in 2014, because that’s when it’s coming to theaters. What we do know is that the LEGO set based on the LEGO movie will be the most meta tie-in that ever meta-ed.

There aren’t too many details about the plot and no one has been cast yet, but we can share the names of some of the people involved. That alone might be enough to pique everyone’s interest:

Phil Lord and Chris Miller, who worked together on Cloudy With a Chance of Meatballs, will be writing the script and directing. Their co-director has a lot of experience in stop-action animation that involved toys — that person is Chris McKay of Robot Chicken. True, this will be CG-animated and not stop-action LEGO characters, but anyone who knows how to make toys talk, fight, and do nasty, filthy things is a trustworthy fellow in my book. That all by itself gives me more than an inkling of hope that this could be an interesting movie.

Animation Magazine also says that the “visuals” will be produced by Animal Logic, the company behind Happy Feet and Legends of the Guardians. Those visual effects will come after much painstaking research is done in Denmark, where LEGOs originated. The producers of this movie were seen walking around the office, sarcastically complaining about all the toys they were going to have to play with in Europe “for work.”