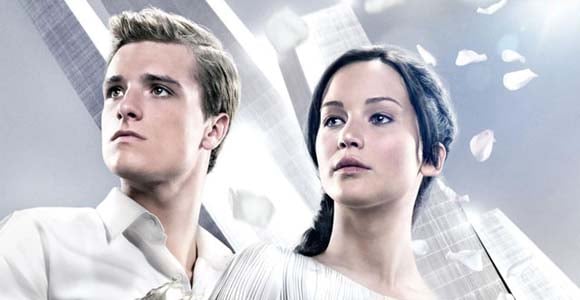 Not only did Lionsgate’s The Hunger Games: Catching Fire place itself ahead of a Batman film on box office listings, who turned out for the film may surprise you.

Catching Fire broke a few records in its first weekend. The Hollywood Reporter writes, “The Hunger Games: Catching Fire brought in an estimated $18 million in Imax theaters worldwide, including $12.6 million in the U.S., marking the best three-day domestic opening in November for the giant-screen exhibitor. Imax released the second installment of the Hunger Games franchise on 347 screens in North America starting on Friday. The domestic per-screen average came to around $36,300. That topped the previous Imax record set by Sony’s Skyfall in Nov. 2012.”

Overseas, the film broke a record for Lionsgate. THR writes, “British audiences’ appetite for Jennifer Lawrence starrer The Hunger Games: Catching Fire proved insatiable, with the movie taking a total of more than $19.5 million (£12 million) for distributor Lionsgate over the course of its opening weekend.”

But what about overall in domestic release? Catching Fire now claims the biggest November debut ever as well as placing fourth in biggest opening weekend ever behind The Avengers, Iron Man 3 and Harry Potter and the Deathly Hallows Part 2 (which BoxOfficeMojo.com points out all had 3D ticket prices). It also nudged out previous fourth place holder, The Dark Knight Rises.

Early exit poll data suggests the audience gender gap from the first “Hunger Games” film is shrinking. Male attendance on Friday jumped 12% from the original to 41% of overall auds, and moviegoers are about equally split between the over-25 and under-25 crowd.

You mean the audience wasn’t filled with women? My god, what will this do to all those people who claim boys don’t want to watch movies starring icky girls??

[UPDATE] New numbers have been released since yesterday which say the film actually earned $158,074,286 opening weekend, which drops it down to 6th in overall best weekend openers.