And that guy invented Joffrey. Your move, #TeamWalt. 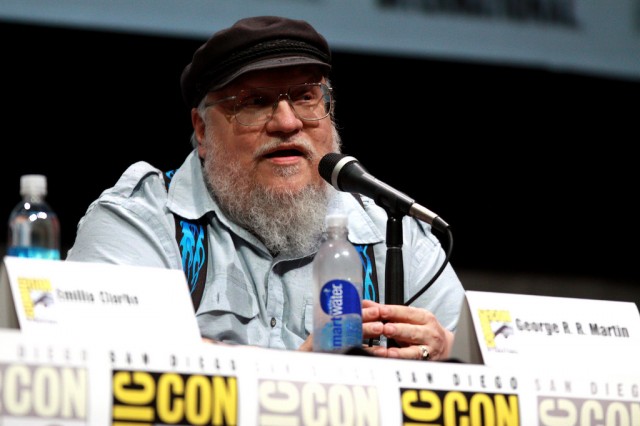 Everyone’s got an opinion about the last episode of Breaking Bad, including the evilest of Santas himself, A Song of Ice and Fire creator George R.R. Martin. The other day he took to his blog to briefly discuss how his own show, Game of Thrones, might stack up come awards season.

Remember, Martin got his start in television and wrote a whole bunch of the best Game of Thrones episodes to date, so he’s not coming at this blind. Between House of Cards, Breaking Bad, Mad Men, Homeland, and Downton Abbey, the competition is fierce — but he’s still pretty optimistic.

Admittedly, trying to handicap the Emmys is a mug’s game.  You never know.  But for what it’s worth, I think this year is our best chance of actually winning one.  Given the splash the Red Wedding made, our profile is likely as high as it is ever going to be.  We had a great season.  If the Academy is ever going to give their ultimate accolade to a fantasy show (something that is by no means certain), it’s going to be this year, I think.

He also had this to say about Breaking Bad‘s last episode, “Ozymandias”:

Walter White is a bigger monster than anyone in Westeros.

Eh, not so sure about that one, George. We’re firmly on Team Everybody-but-Walt, too, but comparing him to some of the worst in the Seven Kingdoms — like the guy who tortured poor Lily Allen’s brother all last season, or the the other guy who beat his wife to death for having an affair in the fourth book,? Or Joffrey Baratheon, or Petyr Baelish, or anybody involved in the Red Wedding? Walt might be pretty tame in comparison to all those peopl–oh wait, there’s more?

Walter White is a bigger monster than anyone in Westeros.

(I need to do something about that)

Wait… what? W-what does that mean? George? No, you don’t have to do anything about that. George? Where are you going? Do not do what I think you are about to do George OH MY GOD.

This doesn’t bode well for anybody, you guys.