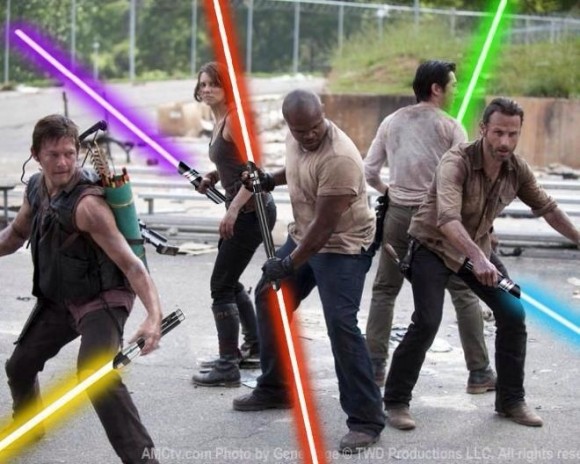 Adding Star Wars’ lightsabers to stuff is almost always a great idea. For instance, Game of Thrones with lightsabers, baby with a lightsaber, man vs. goose with a lightsaber…you get the idea (if not, just search out lightsaber tag). So as soon as I heard someone had put the Jedi weapon in AMC’s The Walking Dead, I knew I was in for a treat. Hit the jump to see Michonne in all her lightsaber-wielding glory!

Told you it was a great idea. 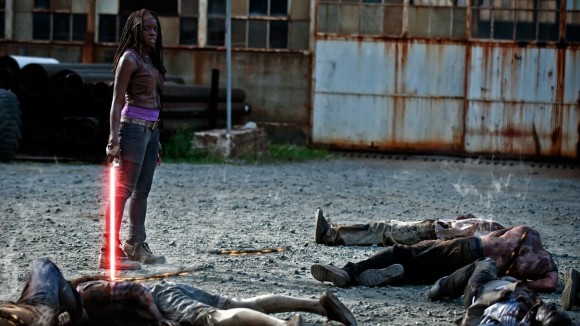 I wonder if the whoosh sound would attract walkers…