The Walking Dead Spin-Off Doesn’t Have A Concept, Says Producer 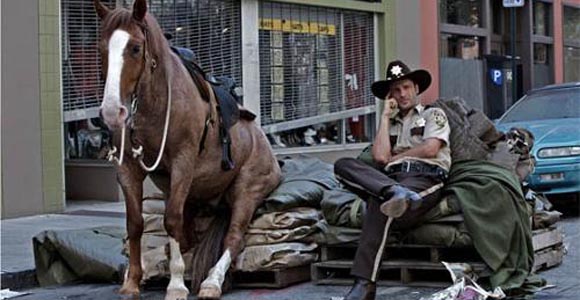 Remember when we brought you news of a The Walking Dead spin-off and we all wondered what it might be about? Turns out the creators are wondering that as well.

Other Walking Dead, as I’ve come to call it, was officially announced last month to the surprise of many. “The opportunity to make a show that isn’t tethered by the events of the comic book, and is truly a blank page, has set my creativity racing,” said creator Robert Kirkman. But as it turns out, Other Walking Dead, isn’t a firm concept yet.

Though they still don’t have a concept — “That’s still being batted around,” Hurd said when asked directly about the idea for the show — they have sat down with possible showrunners and are in “early discussions.”

So why was the series announced? Because they wanted to be the ones to break the news, said Hurd. “It’s very early in the process but we realized it was likely to leak the minute we started initial discussions… Even checking availabilities of certain showrunners. And that’s why the announcement was made.”

Although Hurd did confirm Other Walking Dead won’t be an anthology, mainly because their seasonal webseries serve that purpose. What would you like to see from the spin-off?