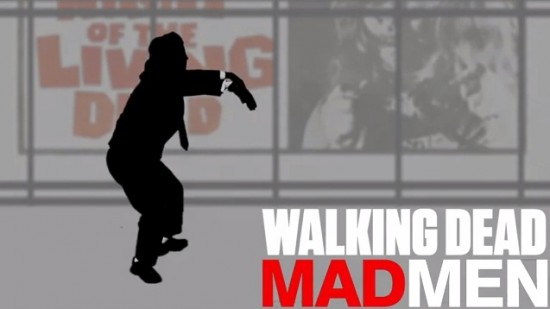 You might not think of a 1960s era advertising agency as a good locale for a zombie flick, and that’s probably because it isn’t. It is, however, a great locale for a Mad Men, Walking Dead mashup that is way better than it has any right to be. The premise is about as simple as you’d imagine featuring a world where your favorite ad-peddling alcoholics have suddenly become zombies. As pretty much everyone has also suddenly become a zombie they now need to market only one product: Brains.

I don’t watch the Walking Dead myself, but I’m an avid fan of Mad Men and I can tell you that that alone is reason enough to give this a watch. I can’t say for sure whether it works the other way; the zombie jokes are pretty universal, but the Mad Men ones are delightfully (if you’re familiar with the franchise) smart, spot on, and specific. You’ll even see a re-imagining of the carousel pitch so many of us fans hold dear. Except he’s selling brains.

Really there’s no way to adequately explain it. Give it a watch.

(via Bits and Pieces)