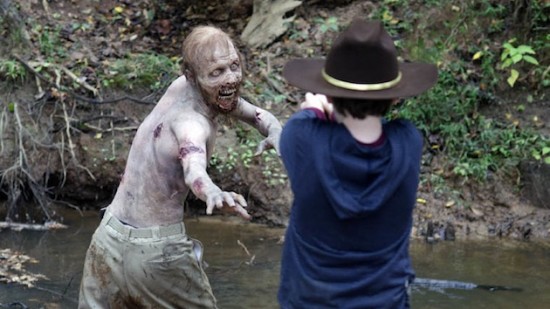 The producers know they have a tight window in which to deliver this scene and start the opening credits. The producers also know that they have to hook you at this point, so they give you what you came for: Zombies. Brains. People in cars stabbing zombies in the eye with screwdrivers because zombies want their brains.

These opening scenes are gory. They are dramatic. They are people responding somewhat realistically in the completely unrealistic scenario of zombies trying to eat them. This is what I was promised when The Walking Dead was first greenlit.

Fact: These people are never leaving this fucking farm. 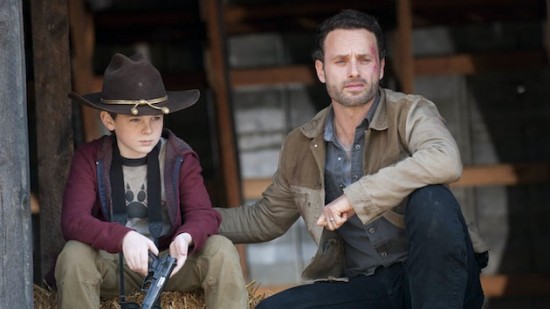 So I space out. I check Twitter. I check Reddit. Because I am an asshole, I write a Facebook status update about how boring this episode of The Walking Dead is. I glance up at the TV, to see if anything’s happened. Nope. Still on the farm. Still scenes with people talking to each other about choices and life and death instead of being in situations where they have to make choices about life and death. It’s 9:40. More furrowed brows. More clenched jaws. No zombies.

They are still on the farm.

These people are never leaving this fucking farm.

Leave the farm, Rick! Go out and explore the world. I hear there’s a prison out there that’s lovely this time of year.

Yes, AMC is on a tight budget, and there’s been rumors that the reason you haven’t left Olde Man Hershel’s Whiskey Distillery and House of Haberdashered Goods is because the network has no money for other sets (and is stretching out the farm storyline in an effort to cut costs). By the looks of it, if you try to make an exit, AMC will literally murder you. Poor old Dale tried to leave the farm last week, and we all know how that turned out. 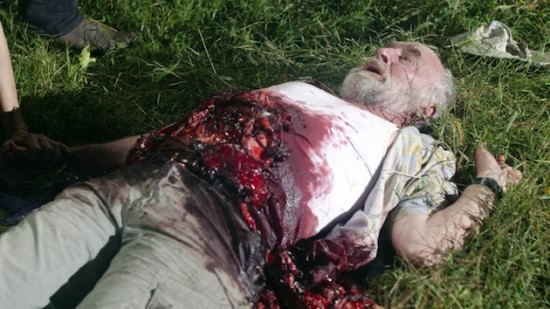 But Rick, dude, I’ve got to be honest: If you don’t find a way to leave this farm soon, I’m going to lose it. I held out hope, even when you were back in Atlanta in Season 1 and were about to have a gunfight with that Latino gang, but it turned out they were workers at an old folks home and had HEARTS OF GOLD. But if you don’t find a way to get out of there, and soon, I’m going to stop watching. Because you, Shane, Lori, Carl, Carol, Andrea, Glenn, and basically everyone except for the hillbilly who collects zombie ears are driving me crazy. I do not care for you, and your furrowed brows.

You’re trying to make us care about these people, so when they get eaten by a walker we will cry and be weird and call into that show that you have after the other show with Kevin Smith. So, aside from the possible issues with AMC’s budget, character development is the reason for all of this talking. But character development is only a thing if the writers of the show have an overall idea of where each character will end up. I’m not sure, at this stage of the game, that the writers on The Walking Dead do. 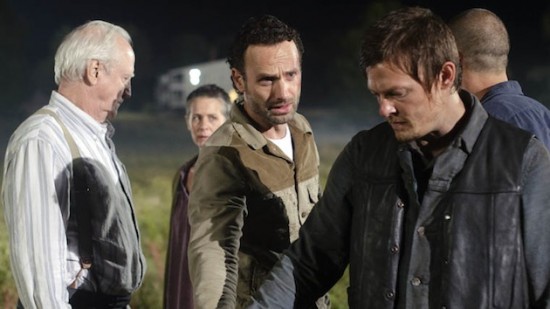 This is not the writers’ fault, necessarily. There has been some turnover at the top of the chain of command, in case you haven’t heard, and there are also some foundational plot issues with the show that the writers are desperately trying to band-aid every week (as Grantland’s Andy Greenwald put it, “it’s practically possible to smell the Red Bull and desperation leaking from the writers’ room.”). Still, there’s no excuse for you still being on that farm, Rick.

Leave the farm tonight. Pack your guns, pack your tents, pack your endless supply of sheriff shirts and stubble (how are you shaving so often, Rick?) and leave that godforsaken farm. Meet some new people. Hell, meet a governor. In fact, maybe your wife will get eaten. My god, that would be awesome if your wife got eaten, Rick.

Dan Fogarty is the Senior Editor of our sister (brother?) site, SportsGrid. Feel free to follow him on Twitter — and write him shouty, all-caps tweets about The Walking Dead.