A Must Have For Apocalypse Survival: The Walking Dead Parody Cookbook 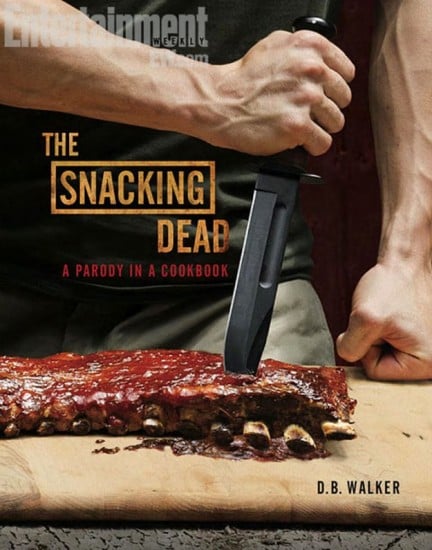 Finally The Walking Dead fans have a cookbook of the many delicious recipes seen in the comic and television show. What’s that you say? The Walking Dead is not, in fact, known for being one of the most appetizing shows on television? Well, the show has recieved a parody cookbook anyway, written by “D.B. Walker.” The cookbook contains 50 recipes that sound like they will be appetizing to walkers and the living alike, including “Guac and Load Guacamole” and “Sticky Ribs.” The book comes from Crown Publishing, the publisher of 50 Shades of Chicken, and will also include a short zombie story, plenty of photos, and advice for cooking when in dire apocalyptic peril. The recipes will be available in stores just in time for Halloween, on October 29, and remember, your guests have to have their jaws and arms to eat those ribs.