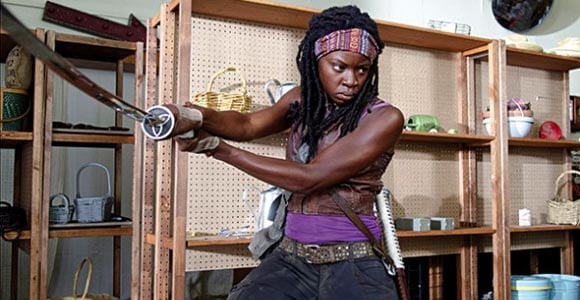 Fans almost never agree on whether or not an adaptation should directly follow the source material or diverge completely from it. If you’ve both read and watched The Walking Dead you know several major changes have happened so far. So what does Robert Kirkman have to say about it, especially since we’re quickly moving towards Season 3?

Screenrant references what Kirkman had to say via the Season 2 dvd/blu-ray extra “The Ink Alive.” It’s specific purpose is to highlight the differences between the comic and the television show.

“There are things that happen in the comic that you absolutely have to put in the show, otherwise you’re not doing the comic justice. But maybe we move it up, maybe we move it back, we add different characters into the mix,” said Kirkman. “We just do little adjustments to make it a little more compelling for the audience that is invested in the source material.”

Spoiler-ish stuff from here on out.

Speaking of new characters, AMC has added actor Dallas Roberts to the cast as a previously non-existent right-hand man to the Governor. Though some are saying he has a resemblance to Eugene from the comic.

And right there is one of the biggest issues I take with adaptations. The creation of a new character who’s basically just one of the pre-existing ones. Why not just use the one already devised?

But I digress, Kirkman thinks it’s “cool” that fans are so enthusiastic about his source material and admits he really likes some of the changes. For instance – the search for Sophia.

“To not do that story simply because I didn’t think of it when I was writing the comic, or because I did the comic a little differently is absurd to me,” he said. “Staying true to that stuff is great when it’s necessary, but there are so many great ideas thrown around in the writers’ room that you just have to do that stuff. And I think it makes the show that much better.”

So what about Season 3?

But will it be the Michonne, Governor, and Woodbury we love? We’ll have to wait until October 14th and beyond to find out.