Including some big flashbacks 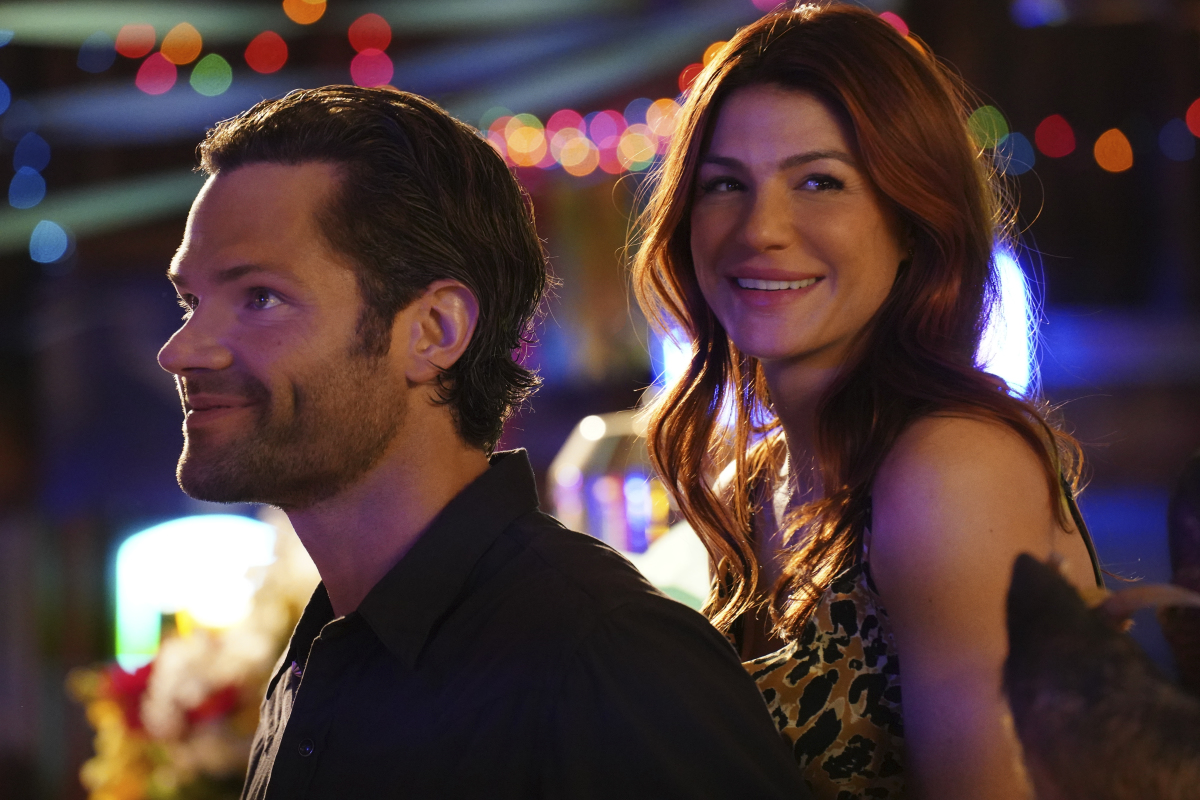 Walker is back tonight on The CW after a mini-hiatus with a new episode called “Bar None.” The episode sees Cordell (Jared Padalecki) dealing with the anniversary of his wife Emily’s (Genevieve Padalecki) death, the possible sale of their favorite bar, and an impending psych evaluation from Micki’s (Lindsey Morgan) mom (Guest star Alex Meneses). We chatted with showrunner Anna Fricke about where Walker’s head is at going into the hour, as well as how the production is faring after going through some storm-related drama of their own.

The Mary Sue: First off, I know you film in Austin and the city is such a character in the show. I just want to make sure everyone was safe and in one piece after all the storms and everything that Austin went through recently.

Anna Fricke: Oh, that’s so kind of you to ask. Yes, everyone is okay. I will say, I think production really banded together and really helped each other out … It’s just such a great group of people. We’ve got an amazing cast and crew. In one of the last production meetings we had this week, one of the crew members made a point of saying, “You know, thank you to production. All the communication was clear. We knew where to get water.” Like they were really helping each other out. So that was nice to hear. But yeah, a really devastating blow to the city for sure. And the state, obviously,

Have you guys been able to restart production?

Yes. We did obviously have to shut down, and ironically, we were in the middle of filming a storm episode. But the storm—it was a tornado, not ice.  So we did have to shut down, but yeah, we started back up again and we’re kind of catching up as best we can to make up for those days.

I’m glad everyone’s doing okay. So into episode six, “Bar None.” Where is Walker’s head at going into this episode? It’s a pretty emotional episode for him and where he is in terms of what he’s dealing with in his life and the anniversary of Emily’s death and everything.

Yes, very much so. The way I think about it is that after the last episode we saw (105)  where he … put his Duke persona to rest, literally lighting the box on fire with his kids. I think that’s the first time he’s really starting to come out of the fog. You know, he’s been home since his undercover case, but he hasn’t exactly been present. And I think he had to shed off some of that Duke before he could really be here. And so now he’s here and he gets this envelope and is reminded that it’s the year anniversary of his wife’s death. And he’s not quite … equipped to deal with that yet.

So as we were breaking this up, in the writer’s room, we were really talking about the stages of grief and kind of seeing him go through obviously a sped-up process, but see him going through that in this episode and sort of working through a lot of the things he hadn’t acknowledged yet, because as we look for in later episodes too, in flashback. He took the undercover case about two months after Emily died. He has not really dealt yet. And so this episode is a lot about that.

And we do get some flashbacks in this episode to some happier times, we get to see Gen Padalecki back.

Yes. I love seeing the flashbacks and seeing that the four of that group together,

It’s just so hard to get that chemistry between Gen and Jared, just like they’ve never worked before together.

(Laughing) I know, I hate it. It’s always so great to see [real life-couple Gen and Jared] together. And also frankly, to have two people who can make out and you don’t have to worry about it with COVID. That’s very nice, very nice. It feels very safe.

One of the things about this episode that really struck me is there are actually some really interesting discussions about police use of force and what it means, and what’s ethical for Walker to do. And what’s ethical within the system. How did those conversations go in the writer’s room? How do you explore such a sensitive issue and a loaded topic right now?

This was like a huge topic, obviously, as we go over this past year and so we couldn’t not discuss it. And fortunately, for lack of a better word, it was kind of baked into the fabric of the show that this is supposed to be a group of Rangers who are working for reform. It’s part of what James is trying to do as the new captain. So, we talked about these things very openly in the writers room, and this is an issue that will actually be explored all season because … it takes time for change to happen.

So we have to talk about how Walker is judged by his peers, but also how he judges himself. And will he just be let off with a slap on the wrist or will he pay a bigger price and how much of that is up to him? And so he does a lot of thinking on his own this season about what kind of man he wants to be, what kind of Ranger he wants to be, and questioning whether or not he is fit and what it will take for him to be fit. So we actually explore that a lot beyond this episode. 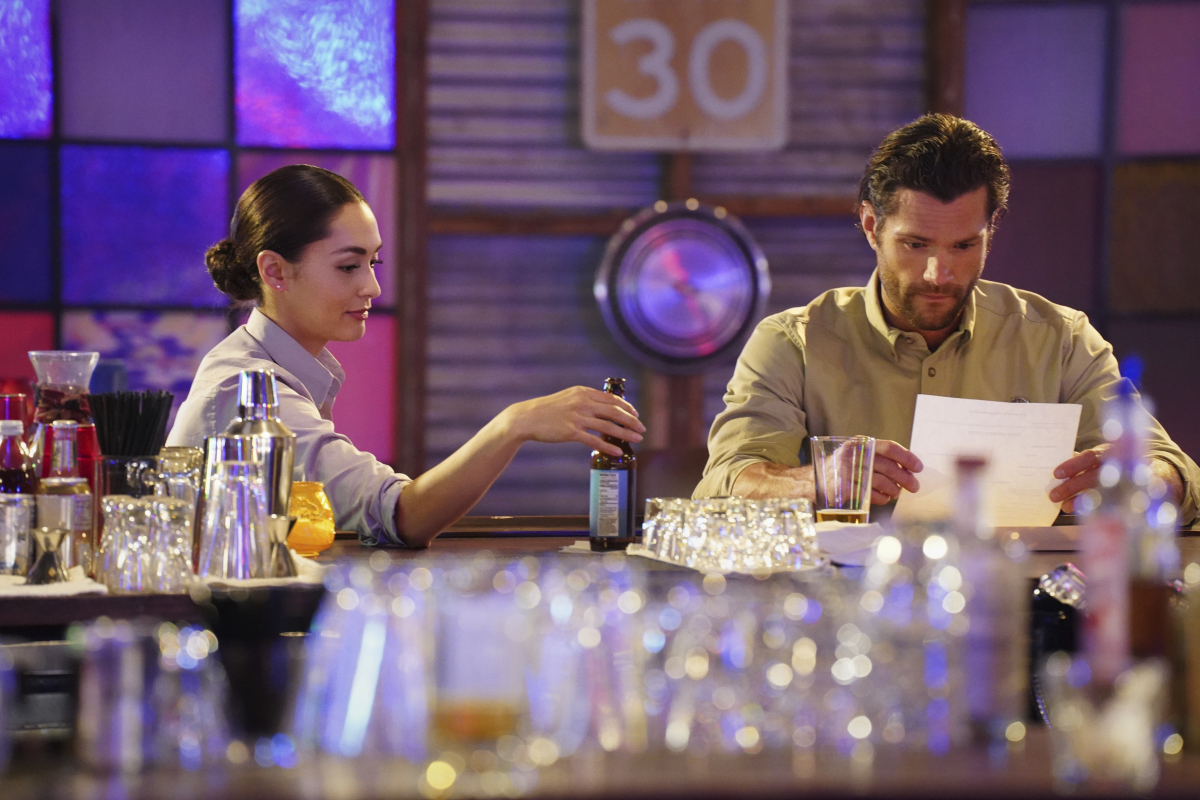 I’m really excited to see where that goes because I think it’s a really important conversation to have. And a lot of that is facilitated by Micki and the introduction of her mother. Can you talk about that character and what she brings out in Micki?

Adriana and Micki have a very fraught relationship, as we know, and Adriana, specifically, judges Micki for being in law enforcement. And of course, her specialty is a court-appointed psychologist to evaluate members of law enforcement. So it’s a definitely tense and tricky situation, Micki to be in with her mom. But she actually, over the course of the episode, comes to learn something from her mom, as she’s Micki is preparing Walker for [the evaluation]. ‘Listen, this is how my mom is going to question you, and this is how she’s going to go after you.’ It opens up some real discussions between the two of them as partners, and Micki, I think, learns something from her mom by the end of that episode, and actually sees her in a new light, the way you kind of do see your parents differently as you get a little older.

Speaking of parenting and kids, there’s a lot of growth for the Walker kids in terms of dealing with the anniversary of their mother’s death here too.

Yeah, absolutely. Everyone kind of wants to deal with it in different ways. I really love the dynamic between Stella and Abeline in this episode of like how they both saw today differently and how they sort of come to respect each other’s points of view.

So the episode’s called “Bar None.” And so it’s basically centered around the Sidestep bar and Walker’s relationship to the bar. But what more are we going to see about his relationship with Geri, played by Odette Annable?

The character Geri has really evolved a lot, even since the original concept of the pilot and just thinking of her as this person who was in the original crew with Emily and Hoyt and Walker, and they all went to high school together and they’ve all known each other forever. She’s a very important figure. Sort of like this last person they can claim to who is like family to them, she’s like aunt Geri. And so we definitely see more of that with her, with her family dynamics, and like what she really means to the Walker family and to the kids.

You said that this character has changed. How much of that is thanks to Odette in that role, because she’s a wonderful actress and she brings so much to that role?

Oh yes … when you write a pilot and you’re building out okay, who are going to be your regulars, the story changes and evolves and suddenly you have like new characters and they’re like, “wait, I want more of this person too. So a lot of that is wanting to give Walker more friends basically, but also just like more of a history there and someone who could really know him and they can have a shorthand … Especially in this first season, as we have the mystery of what happened with Emily, Geri was there the night Emily died, and she and Walker are going to always be linked by that.

Can you give us more clues about that mystery?

Yes. Geri is in over her head and she is connected to something. So we’ll discover what that is, but it’s going to be more layered than we might think.

Walker returns tonight at 8:00 P.M. on The CW with episodes available to stream the next day on The CW app.