Taika Waititi Had a Great Time Directing Thor, Would “Love” to Do Another | The Mary Sue

Taika Waititi Had a Great Time Directing Thor, Would “Love” to Do Another 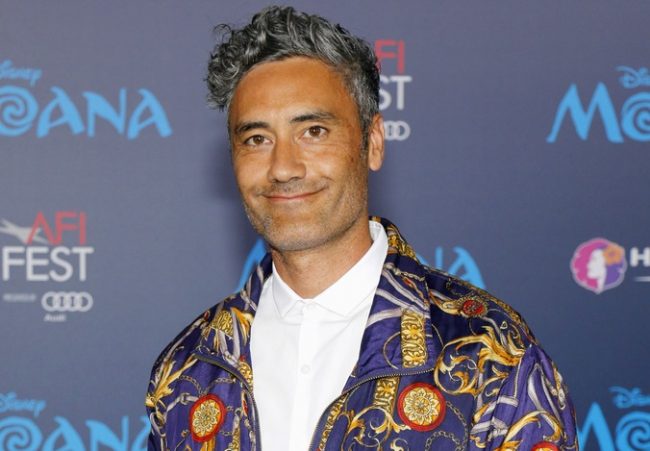 Taika Waititi’s Thor: Ragnarok has been met with excellent reviews, with viewers excited that the director’s distinct sense of humor fits perfectly with the absurdity that’s always surrounded this particular hammer-wielding superhero. While there are currently no plans for a fourth Thor film, Waititi shared that he wouldn’t be totally opposed to working on another one.

In an interview with Radio Times, the director said, “I would like to come back and work with Marvel any time, because I think they’re a fantastic studio, and we had a great time working together.” Waititi goes on, “And they were very supportive of me, and my vision. They kind of gave me a lot of free reign, but also had a lot of ideas as well. A very collaborative company.”

Chris Hemsworth had previously described their process as an effort to try and changes things up. “We thought, let’s do something different,” said the Thor actor, “everyday was improvised and a journey into somewhere we hadn’t been.” The improvisation and risks definitely paid off, it seems, but the real reward is the best gift of all: friendship.

“I’d love to do another Thor film, because I feel like I’ve established a really great thing with these guys, and friendship,” says Waititi. His love for the cast and crew is evident, and we definitely wouldn’t mind more Tessa Thompson or Cate Blanchett.

Just let me share this extract from the interview because it’s just too good to break up into quotes:

“The best thing about this was actually working with these amazing people,” Waititi said of his cast, which included Cate Blanchett, Anthony Hopkins, Tom Hiddleston and Mark Ruffalo among others. “I’ve grown to love all of these guys.

“Not him,” he quipped, gesturing to a picture of Ruffalo’s Hulk, “but the guy beneath him. And they’ve all become friends.

“For me, it’s just so nice working with people who are just nice, and want to come and do a good job and have a good laugh on set. We laughed and danced all day long when we weren’t making the movie, so yeah – the shoot was the most enjoyable part of it.”

But would Waititi possibly return to the extended universe for a different superhero film? Likely not. “I don’t really like any of the other characters,” he admits.