"And yes, she cares very little about what men think of her." 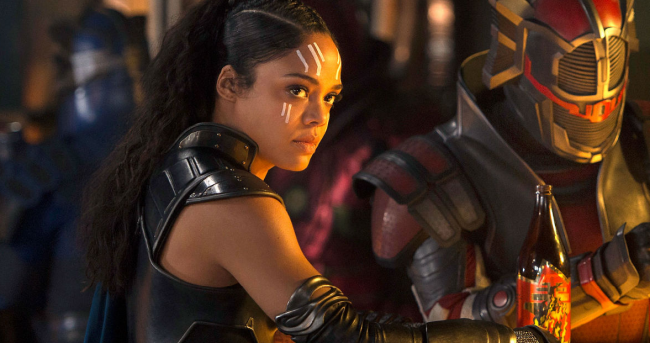 File this under the best news we’ve heard in a long, long time.

She’s bi. And yes, she cares very little about what men think of her. What a joy to play! https://t.co/d0LZKTHCfL

Slashfilm, which has seen Thor: Ragnarok, points out that this sexuality isn’t necessarily visible in the movie (although even Thompson’s assertion helps immensely in terms of bi visibility). While I wish we had more to view canonically, I’m still thrilled to go into the theater with this understanding of Thompson’s Valkyrie in mind, and the knowledge that Thompson found playing a bi woman who “cares very little about what men think of her” a joy to play. May Valkyrie be an inspiration to us all.

It’s hard to believe that Valkyrie is the first MCU superhero whose actor has flatly stated that they have a LGBTQIA identity. It’s not nearly enough in terms of representation, but it’s a start. Hey Marvel, I have an idea: a Valkyrie standalone. Let’s do this. Like, yesterday.

So what’s up with you today, team?