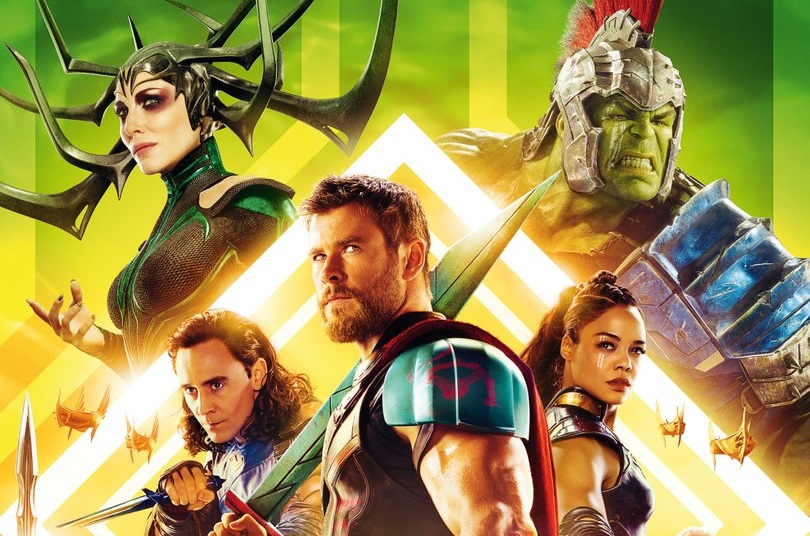 Thor: Ragnarok is, above all, an exuberantly weird film. From its baldly preposterous plot to its colorful settings to director Taika Waititi’s signature humor, Ragnarok has way more character than any corporate, third-in-a-series superhero movie has the right to. I laughed and grinned my way through pretty much the entire second act, and no other Thor movie has captured and celebrated the character’s ridiculous mix of epic and absurd this well.

But just like an old house with “character,” Thor: Ragnarok has some structural issues under all that charm. The story is messy, and it often felt like we got too much of some scenes and not enough of others, detracting from the emotional beats of the film. But I had such a good time watching it – and unlike with a lot of cleaner, more neatly structured movies, I immediately wanted to watch it again.

It doesn’t start out particularly strong. The opening scene is admittedly a blast, showing off a Thor who’s as confident and bombastic as ever, but a bit more in on the joke. He lays waste to Surtur and his minions in a battle that echoes the Jotunheim fight from Thor, but this time the God of Thunder’s a lot more self-aware. However, the rest of the first act is a jumble that struggles to balance all the necessary establishing information and forward action. The emotional scene that kicks off the rest of the plot isn’t given any room to land or breathe, and it’s hard to settle in and enjoy all the humor when you’re trying to catch up with what’s going on. However, once everything’s all settled in and established, the fun starts.

The second act is where Ragnarok absolutely shines. After Hela, the goddess of death, takes over Asgard and dispatches with the two Odinsons, Thor finds himself stranded on the planet Sakaar, where he’s kidnapped by Valkyrie and sold to the Grandmaster. When Grandmaster realizes what a fighter he is, Thor is forced to compete against the Hulk in gladiatorial matches – and all the while he’s trying to figure out how to get back to Asgard and stop Hela.

This part of the film is just great fun. Hela’s vamping and evilling around Asgard, Thor and Hulk are battling and bantering on Sakaar, Tessa Thompson as Valkyrie is stealing every scene she is in, Jeff Goldbum as Grandmaster is Goldblum-ing, and Rachel House is a grin-winning surprise as Grandmaster’s right-hand muscle, Topaz. Taika Waititi himself even comes in as Korg, a softspoken rock monster who has all the funniest lines. Sakaar is clearly a perfect setting for Waititi’s whack-a-doodle humor, and it’s where he’s able to let loose and really mark the film as his own.

Eventually, of course, our heroes make their escape and head back to Asgard to face Hela. The third act plays out relatively as expected, with plenty of fun set pieces, a few surprises, and some excellent use of Led Zeppelin’s “Immigrant Song.” I had hoped it might get a bit more inventive; one of the highlights of the otherwise muddled The Dark World was its wormhole-hopping fight scene, and the Thor corner of the Marvel universe has plenty of gimmicks to play with. But all the many threads still wrap up satisfyingly, and it leaves Thor and Asgard in a super interesting place going forward.

All told, Thor: Ragnarok is a joy of a fantasy/sci-fi comedy that sees precisely how ridiculous the Asgard corner of the Marvel universe is – and leans the heck into it. Go see it!

Now that concludes the spoiler-free part of the review. I’m going to chat a bit about Hela and whether she works below, but since it’s tricky to discuss without giving away one of the film’s big reveals, I’ve placed it below a spoiler warning.

So, those of you who already know the big reveal or don’t care about being spoiled for it: let’s talk about Hela.

In the film, Hela is revealed as Thor and Loki’s long-hidden sister, who served as Odin’s “Executioner” in the early days of Asgard, laying waste to anyone who rose against them. When her imperial ambitions outstripped Odin’s, he locked her away in Hel and covered over any mention of her.

Marvel has a well-established villain problem – so how does Hela stack up?

She can feel underused at times, for all of Cate Blanchett’s charisma, because we don’t see her struggle or plan. She’s incredibly powerful, seizing Asgard and dispatching with the royal family in almost effortless fashion – and as a result of that power, she gets what she wants so easily that we don’t derive as much pleasure from watching her thwart the heroes. She’s batting flies.

However, Hela really is Asgard’s worst nightmare – in a far more existential sense than most Marvel villains get to be. She’s not here to obliterate Asgard; she’s here to unmask it. For Odin and the Asgardians who want to believe in their inherent benevolence, who think of themselves as the shining city eternal, she’s a reminder of exactly where that shiny stuff comes from. She literally sneers at Thor, “Odin and I drowned entire civilizations in blood and tears. Where do you think all this gold came from?” She’s the murderous, covetous, colonialist underbelly of any wealthy and powerful empire – and she refuses to hide away and let them all pretend to be wholly good. “Proud to have it,” she observes, looking at Asgard’s wealth, “but not proud of how you got it.”

For Thor personally, she’s the nightmare who takes his place, Odin’s true firstborn and the most powerful god. And for Loki, she’s at once a taunting reminder of what he could be if he were more powerful, and a frightening vision of how monstrous and alone he’d be if he fully committed to his bullshit.

Of course, she’s still the villain of the piece; when she calls out Asgard for its hypocrisy, it’s because she wants them to embrace their bloodthirsty past. For Hela, the problem isn’t that they stole other people’s wealth and murdered them; it’s that they stopped finding more and more people to subjugate. But there’s still something timely and fascinating about a character whose whole bit is forcing Asgard to reckon with the sins of its past.

And yet, the film lets Hela drop her truth bombs without comment or reckoning. What Hela means is far more interesting than what she means to do, but none of the other characters really engage with it. The scenes immediately turn back to rainbow bridges, rock monsters, and magic mayhem – three things I love, but it does feel like Hela poses an existential question that the other characters don’t fully grapple with, and that the story doesn’t flesh out. Admittedly, getting too real about imperialism would probably have been an inappropriately dark tonal shift for a film this light and funny – but as with Hela’s effortless coup in Asgard, it still feels like something’s being underused.

I’m still sussing out my final feelings about her, but she was both definitely fun and definitely interesting – two things most Marvel villains don’t get to be.