Now you, too, can become the night! 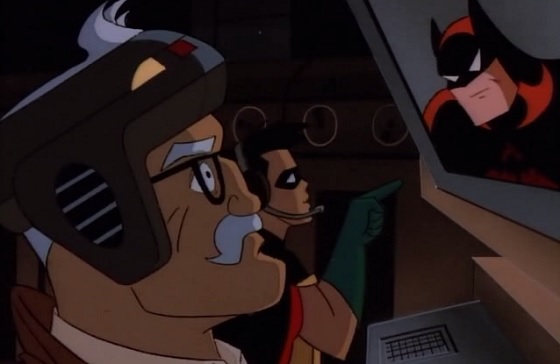 If you are a living, breathing human, then at some point in your life you have fantasized about hanging out in the Batcave. That dream might soon come true, sort of: Warner Digital Series, DC Entertainment, and OTOY are currently working together on a “holographic video” project that will bring the batcave right up into your (Oculus Rift-adorned) eyeballs. But wait! It gets better—it’s gonna be Bruce Timm‘s Batcave!

Expected to be released sometime later this year for the Oculus Rift and Samsung Gear VR, the project will allow viewers to step into the world of the original Batman: The Animated Series cartoon from the early ’90s. Yes, I know what you’re thinking—heavily stylized 2D animation tends to leave something to be desired when it’s rendered in a “realistic” 3D (cough). But considering that Batman: TAS producer Bruce Timm is himself working with OTOY, I’d say the caped crusader is in relatively good hands. After all, the newly released stills look amazing: 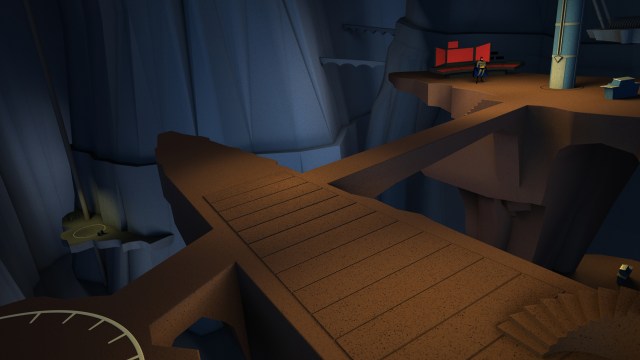 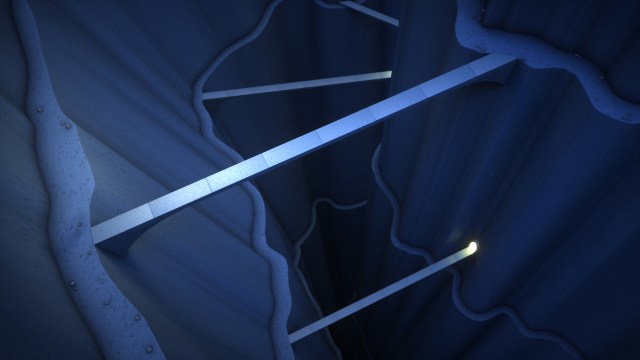 “We are continuously exploring new and exciting ways to tell stories and share experiences with audiences around the globe, and we’re excited to be working with OTOY on this cutting-edge adaptation from Batman: The Animated Series,” Sam Register, President of Warner Bros. Animation and Warner Digital Series, said in the official press release. “More to the point: It’s super-cool, eye-popping stuff, and fans are going to love it. We can’t wait for them to have the chance to see the Batcave from the show again— for the very first time.”

Just be careful downloading the viewer app when it becomes available, friends: It might be a fiendish virtual reality-based plot by the Riddler. He’s been known to do that.