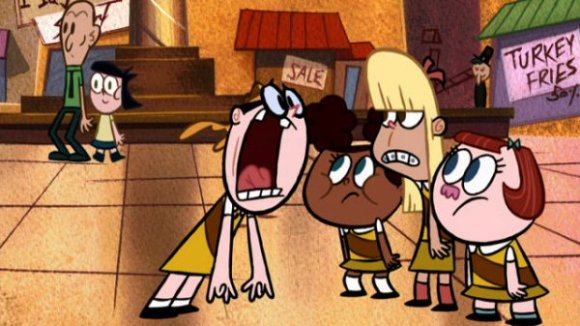 A Virginia church has banned local Girl Scout troops from wearing their uniforms to and meeting at their establishment. I’ll bet you’re wondering why. I’ll bet you’re thinking, “Gee, I hope this isn’t related to something about abortion rights, because Girl Scouts are in elementary and middle school, so seriously, what is this about?” It’s about abortion rights. The church says that the Girls Scouts of America’s “perceived connection” to Planned Parenthood goes against their “message.” Yup. This Chantilly, Virginia church is exercising its rights — to discriminate against young girls.

According to NBC Washington, St. Timothy Catholic Church has issued an edict stating that the local Girl Scout troops are banned from holding meetings and wearing their uniforms on church property, which also includes the school next door, which teaches students from preschool to eighth grade. This is because the Arlington Diocese believes that there might be a connection — the phrase used is “perceived connection” — between the World Association of Girl Guides & Girl Scouts (WAGGGS), of which the Diocese believes the Girl Scouts are a member, and Planned Parenthood. And, we all know where the very religious part of America (and the Catholic Church) stands on Planned Parenthood, despite the majority of their services being educational and not medical.

While churches certainly do have the freedom to exercise their own set of beliefs, it looks like this is more of a matter of the Arlington Diocese not doing their homework. And, some might say, being kind of hasty and irresponsible. Because, as it turns out, the Girl Scout Council of the Nation’s Capital is not part of WAGGGS, but the Girl Scouts of the USA. And the Girl Scouts of the USA are not affiliated with Planned Parenthood. (For what it’s worth, it doesn’t look like WAGGGS is, either. At least Planned Parenthood doesn’t appear to be an “official” partner. If I’m wrong about this, I’ll stand corrected and make the proper edits.)

But, the Girls Scouts being the Girl Scouts, they will simply move on to another location and make sure that girls who attend St. Timothy Catholic Church and the affiliated school will be able to join a troop if they so desire:

In the meantime, the Arlington Diocese has the Scouts’ permission to continue to appear antiquated and petty.