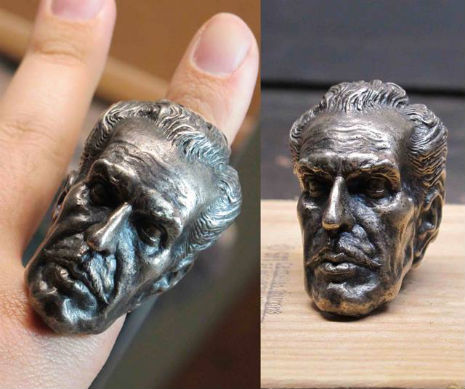 If there’s one thing that Tumblr is saying to me loud and clear right now, it’s that if it’s past Labor Day and not November yet, that means it must be Halloween. And what’s a better Halloween accessory than the sterling silver head of your favorite B-movies star? Unfortunately, apparently there are only three of these out there.