Sorry, but That Study Doesn’t Say Half of Viking Warriors Were Women 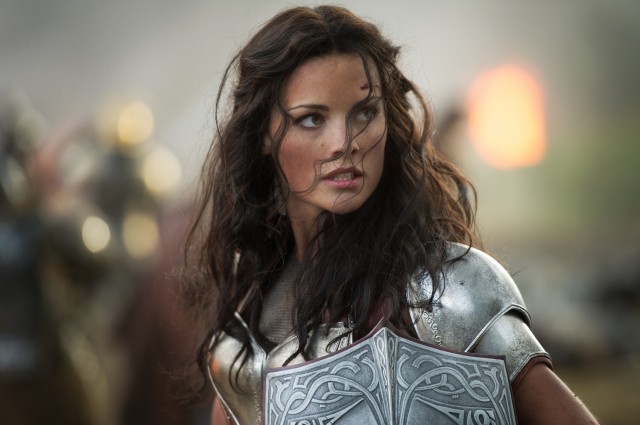 The Internet has been enthusiastically trumpeting a “new” (it’s actually been around since 2011) study that shows that half of all viking warriors were women. Great, right? Not so fast, says Tracy V. Wilson of Stuff You Missed in History Class. She read through the whole study and found out that’s not what it says at all.

Although you can already see by the study’s abstract that it’s dealing with settlers and not specifically warriors (we originally talked about settlers when we first covered the story), Wilson dug deeper and uncovered a very small sample size, as well. What the study did do was look at the remains of viking settlers and find that determining the sex of the remains based on what they were buried with is a faulty method, which is where all the talk of “being buried with their swords” comes from.

How many sets of remains did the study examine? Thirteen. In a comparison with other sites of Norse remains that had sex determined by the objects buried with them (which could have been buried with them for many reasons), a site sexed by the bones instead of burial goods showed a much higher ratio of female settlers at six female sets of bones and seven male. Wilson quotes the study:

Another important implication of the osteological sexing results is that Norse women appear to have been present from the earliest stages of the migratory process, rather than, as the commonly held theory has it, arriving as part of a second wave after the great army had started to settle the homelands it had conquered.

So if the small scale of the study was even truly indicative of the larger population of Norse settlers, the only fact it proves is that women traveled in the first wave of settlers. It can’t prove that any of them were warriors, and six sets of remains is definitely not a basis to extrapolate the gender balance of the entire viking army.

That’s not to say there were no viking warrior women. Wilson points out that there were, but that the study everyone is so excited about really has very little bearing on the gender makeup of the viking army.

This is how Internet myths begin, and we all fall for it once in a while: Someone interprets a source of information one way, and everyone else who thinks that’s an interesting story runs with it, which can cause problems when the source is a scientific journal that sits behind a paywall. By now, “50% of viking warriors were female as proved by science” has become fact to people, and it will probably stay that way for a lot of them. Try to let them down gently.

(via Stuff You Missed in History Class, image via Thor: The Dark World)