No, not The Wizard. This is a documentary. 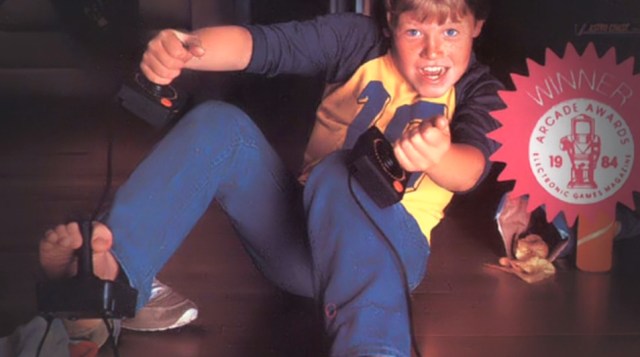 There’s a sort of natural division between the first and second half of the movie, so I’ll talk about them both in order. The first half, logically, tackles the history of gaming. It kicks off with a montage of the evolution of games over the years and some quick statistics, notably including that 47% of gamers are women: 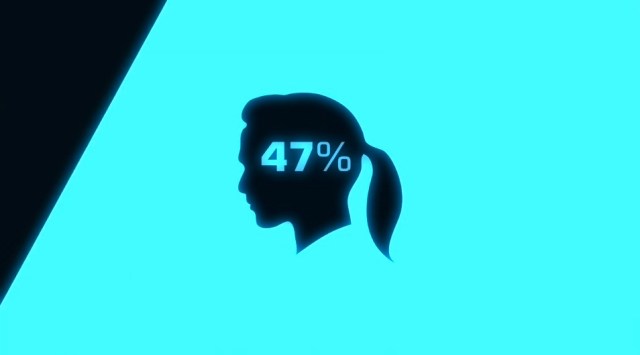 This section of the documentary is kind of a double-edged sword, because if they were to go too in-depth, they’d probably get too bogged down in details and lose the audience—not to mention that the history could be several movies all by itself, so there wouldn’t have been time for anything else.

On the other hand, anyone who would want to watch a documentary movie about video games probably already knows the abridged version of their history, so it might be a rehash for them. Still, it’s a nice, long nostalgic walk through your childhood for someone my age, or maybe through your teen years for older gamers. If they’d gone a little more in-depth on some of the turning points in the industry and made a whole movie out of just this part, I’d definitely watch it.

The interview portions with cameos from people like Wil Wheaton, Zach Braff (also executive producer), Alison Haislip, Chloe Dykstra, and Chris Hardwick add enough color to it to make up for the shortcomings, though. You can find individual people talking about their early experiences in gaming all over the Internet, but hearing about it firsthand from a group of people all laid out chronologically is a window into the impact games had on people’s lives, which you don’t always get elsewhere.

After all, personal experiences matter as much to a personal phenomenon as technical details. For instance, when people in the movie are asked who really invented video games, they give a lot of different answers. Technically, you could probably trace games all the way back to an origin, but it’s equally important in cultural context to see who fans identify as the person who made games what they are instead of who literally, physically gave them their start.

It’s also really well put together with the interviews, gameplay footage and montages, and pictures and video from the game makers and media along the way. It’s also peppered with quotes to move things along and introduce different segments, including one from noted gaming enthusiast Mahatma Gandhi and another from JFK.

Then things segue into the second half of the documentary, which plays more like a series of episodes of PBS Game/Show than a single movie. That’s not necessarily a bad thing, but trying to fit all of this content into one movie might just be of emblematic something video game fans are familiar with: emerging media formats might be a better way to tell the story.

Unless you’re going to make a whole movie about, say, competitive gaming or the media’s crusade against violence in games, these topics are perhaps better served by the relatively short YouTube shows about them that already exist. Again, that’s not to say that Video Games: The Movie isn’t good. I really enjoyed it, but it feels more like a compilation of information that already exists elsewhere in a form its intended audience is maybe even more accustomed to consuming anyway.

The second half still had its bright points, though. Particularly, the segment about what it is that makes something a video game or makes someone a gamer raised interesting questions. The discussion on how the media’s view of violence in games is skewed by a lack of understanding of the variety available in gaming is good, too, which reminds me of where this movie ran into trouble.

Nerd culture—gaming included—is seeing a huge amount of proliferation right now, but it’s still frequently the victim of a world that doesn’t fully understand it and wants to compartmentalize it, categorize it, and find a way to define it. In trying to make a single movie about video games as a whole, the filmmakers might be a little guilty of the same mistake.

Video Games: The Movie is a well made film that I enjoyed very much, but there’s just so much more to gaming than they could’ve ever covered in 100 minutes. The way we tell stories is changing through technology, the Internet, and gaming, and maybe trying to tell a story this broad through an old-school medium like feature-length documentary filmmaking just isn’t the way to go.

Of course, this movie isn’t just one thing either, and maybe if you’re new to gaming or its history and culture, the documentary can catch you up on what you missed. The movie opens tomorrow in select cities, or you can grab your own digital copy (and check out the trailer) to watch from the comfort of your own living room.