Roundup of Video Game Awards' Exclusive Trailers, and Our Responses 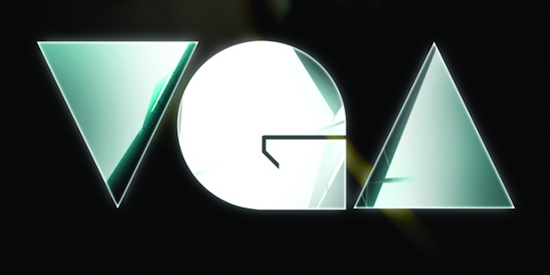 This weekend, Spike TV ran the Video Game Awards. All in all it was a pretty tepid affair, but it did give studios a chance to show off their forthcoming titles with a slew of exclusive trailers. We gathered all of them up and were just going to present them to you, gentle reader, but the embedded videos looked so lonely there, and we figured we were as qualified as anyone to have opinions on the Internet, so we added our compressed thoughts about each trailer into a single sentence. (Most of the time.)

Before we begin, here’s a quick introduction to your humble hosts here at Geekosystem: Max Eddy, Eric Limer, and James Plafke. We’re happy to serve you.

James: Do people still play Hitman? I mean, there’s this new one being shown off right here. They must, right? Is his name still a number?

Max: I feel like I just watched a sequence from The Matrix, is this game unstuck in time?

Eric: I really, really hope this isn’t the style of gameplay Absolution is going to reward.

James: I guess it’s good that some weird skateboard peripheral wasn’t shown off.

Max: I’m terrified that this will be the most subtle, tasteful trailer of the bunch.

Eric: BEAT IIIIIIIIT! Well, I can’t wait to tell you all about her, all about the new girl.

James: This trailer knows how to count. First two guys, then a third, then four. Regarding gameplay, I bet people will beat each other up.

Max: My first thought was simply, “people, kicking people,” which was eventually replaced by a desire for a fighting game where you left glowing solid-wall trails like in LightCycle.

The Last of Us

James: Didn’t see this coming. Aside from Valve when they’re making Portals, Naughty Dog is pretty much the best developer in town. Zombies and zombie games are played out, but Naughty Dog focuses on characters, so maybe it won’t be a zombiefest. Though judging from the trailer, Naughty Dog’s trademarked comedic charm doesn’t look like it has a place here, sadly.

Max: I was ready to write this off as part of the whole never-ending cavalcade of boring zombie cash-ins, but this trailer actually had some charm.

Eric: Oh my God, I hope this turns out to be The Road: The Game.

James: The hell? Did Mass Effect just turn into a Godzilla movie?

Max: It’s The War of the Worlds! No, wait, it’s Dune! Or…some big things…hitting each other…?

Eric: I just hope that this game doesn’t collapse under its own aspiration to epic-ness. Fight ALL the reapers!

James: Twenty seconds of seemingly non-gameplay footage couldn’t have told me less about a game, which probably tells me a whole lot.

Max: I like how the best way to market an RTS is to downplay the fact that it’s basically a logistics simulator.

Eric: Pfft, Generals 2? Just give me a new Tiberian Sun…er, I mean Red Faction 3…er, I mean Generals 2 would be fine, I guess.

James: Are you playing as terrorists in this game? If so, Rainbow Six is suddenly interesting again.

Max: If this game involves playing as militant right-wing activists, I hope there’s a mode where you play the same game but in Guy Fawkes masks, and you don’t actually kill anyone. You know, to keep it balanced.

Eric: I thought I had this game pegged from the title. Nope.

James: As a Silent Hill fan, all I can do about other “horror” games is put quotes around their supposed genre. Is this what Alan Wake is? “I fight with light,” says the titular Alan Wake, narrating the trailer with what can only be called “generic anime character voice.” Is that a thing in the franchise? Do you fight with light?

Max: Alan Wake fights with light in Alan Wake: Flashlight Tag, the trailer for which exists in my dreams and makes way more sense than this one did.

Eric: Lost me at “Mr. Scratch”

James: This trailer actually intrigued me. Being Spider-Man, but potentially fighting things Shadow of the Colossus style could be really neat.

Max: I kind of wonder if anyone stood up at the city council meeting where they decided to use armed robots to defend New York and said, “maybe this isn’t such a good idea…”

James: Can a trailer with robot dinosaurs be emo? Hit play and find out!

Max: I can’t be the only one that finds a video that tries to be gritty and touching with shape-changing robots inherently funny, right?

Eric: Aaaand now I’m off to watch the opening sequences from every Mechwarrior game.

James: Epic trying their hand at Minecraft and a monster apocalypse? This is certainly odd, yet I will probably check out the demo.

Max: I watched this trailer before the others and wasn’t that intrigued, but after all the “gritty realism,” a cartoony game actually looks like a ton of fun.

Eric: I’m trying hard to mitigate my soaring hopes and dreams for this game.

James: Blizzard is always great at trailers, but does this even need one? You will click a zillion times and loot a zillion skeletons and maybe there will be a cow room.

Max: I’m not sure hitting Deckard Caine with a meteor was the right way to start this off. Naw, Blizzard, I’m just kiddin’; y’all know this is going to be the game I play for the next five years.

James: If the dev team decided to strip this game of all music and sound effects, and replace it with music similar to the song used in this trailer, people would be so mad. I’d buy the game, though.

Max: I am utterly charmed. BioShock Infinite, I am intrigued and would like to subscribe to your newsletter.

Eric: With every piece of footage, I’m increasingly grateful that we aren’t just going back to Rapture.

James: Does everybody know MGS: Rising actually got canceled, then Platinum Games picked it up? Because this game was canceled and then picked up by the team that did Bayonetta. That’s why this suddenly looks like Bayonetta. Also, “revengeance.”

Max: If this was a hilarious, over-the-top satire of over serious mid-80s action films, I would love it. But it’s not, so I don’t. But thanks for explaining what the deal with “revengeance” is, because I definitely assumed it was a typo at first.