Realizing Veronica Mars Is Awesome, Smart People Give It A Web Series Spin-Off 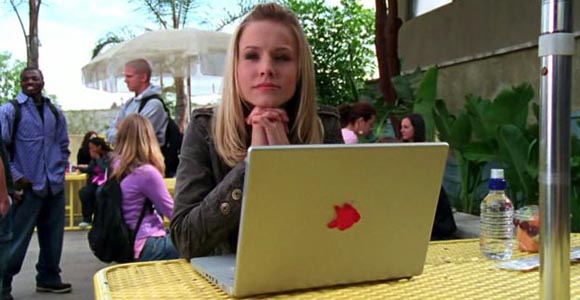 The Veronica Mars movie Kickstarter surprised even Marshmallows with the amount of green it took in. With the looming theatrical release on March 14, they’ve decided to double-down and announce a spin-off web series.

First of all, you’ve seen the trailer for the movie, right? SO GOOD. Ok, moving on.

“The CW announced Wednesday that it’s even reviving the property with a web series on its CW Seed website,” write The Hollywood Reporter. “There are few immediate details on the project, which sees the CW reuniting with the property after canceling it in 2007, though creator Rob Thomas is on board.”

“Rob and I spoke last night,” said CW president Mark Pedowitz. “He’s very excited about doing this for CW Seed. It may not appear before the film comes out…He told me about his schedule, and I said, ‘We’ll take it whenever you’re ready.'”

Now before you get too excited, no one has given any details on what the web series would be about. We don’t even know if Veronica Mars herself, Kristen Bell, would play a role. Though Thomas did tweet what some are presuming are details, it also could be a joke.

The CW web series: a comedy featuring @HiRyanHansen attempting to put together a Dick Casablancas spin-off of #VeronicaMars. No date yet.

.@jeremymeyers @HiRyanHansen Ryan as version of Ryan trying to put together a Dick Casablancas series.

While that sounds amusing, I think we can all agree Tina Majorino’s Mac is the best choice for any kind of spin-off. That being said, Dick’s presence would probably be a bonus.

Also, for the record, Susana and Rebecca have still not seen Veronica Mars. Tisk, tisk…