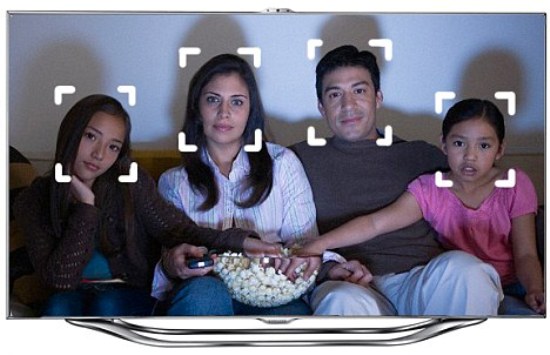 If you thought mannequins watching you while you shop was a creepy thought, what about your DVR watching you on the couch? This is the future Verizon has in store for targeted marketing.

Ars Technica writes Verizon has filed a patent titled, “Methods and Systems for Presenting an Advertisement Associated with an Ambient Action of a User.” And yes, it’s as creepy as it sounds.

The technology produces targeted advertisements based on what you’re doing at that particular moment. Upon hearing of this tech, my first thought was, “So, if you’re having sex, do you get a condom commercial?” The answer? Basically, yeah. Here are a few things the patent application lists as “ambient actions” the box would recognize:

“Verizon is far from the first company to think of this unassailably creepy use for a set-top box,” writes Ars Technica. “Comcast patented similar monitoring technology in 2008 for recommending content based on people it recognizes in the room; Google proposed yet another patent for Google TV that would use audio and video recorders to figure out how many people in a room are watching the current broadcast.”

I think it goes without saying that technology like this would have to be opted into by the consumer. There are already televisions out there that will turns itself off if you aren’t looking at it and that freaks me out enough. Is this something you’d be interested in or does it cross a line?

(via Death and Taxes, image via Impact Lab)