The Venture Bros. Gets Two More Seasons and Two Specials | The Mary Sue 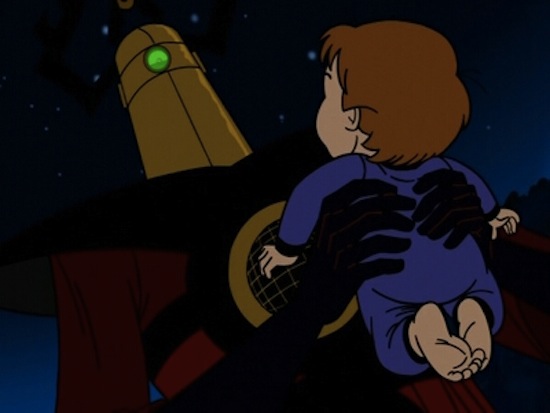 A while back, fans got a pretty awesome Christmas gift in the form of a season five announcement for The Venture Bros. What better news than a season five for everyone’s favorite intricately detailed parody universe, you ask? A season six, of course! Giving us all the good news on his blog, Jackson Publick announced that the real life Team Venture signed a new contract with Adult Swim for two more seasons of the show, as well as a long-form (60-90 minute) Venture Bros. special, the platform of which–television or direct-to-DVD–has not yet been determined, along with an 11 minute Venture Bros. special that they’ll be animating and producing entirely in-house.

This is certainly good news, as more Venture Bros. is definitely better than less, and we can only barely begin to imagine what’s in store for the most intricate universe on television. Will 21 finally embrace his good guy destiny? Is Molotov really gone? Will Hank and Dean embrace their seemingly mapped-out fate in which they grow up to be the new Brock and Rusty? Will we all still miss 24? How many more times will they say “sphinx?” Thankfully, we’ll have at least two more years and a couple of specials to find out.