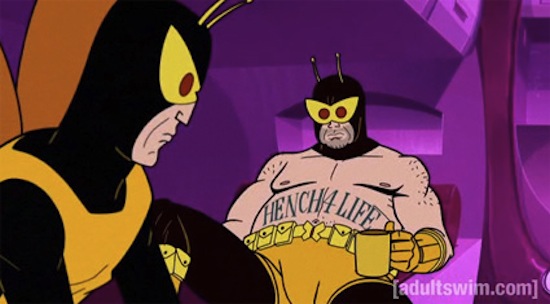 Adult Swim geek opus The Venture Bros. is coming back for a fifth season! Christopher McCulloch, otherwise known as Jackson Publick, gave Venture fans the best Christmas present of all last night on his blog:

P.S. One last Christmas gift: I promised “news” the last time I was here. And though I’m not at liberty to disclose the full details just yet, I am happy to at least be able to tell you that we were not lying in the end credits of our season finale: The Venture Bros. will indeed return. More on that later… Happy Holidays!

Fans of the show (including myself) who watched last season’s season finale were a little worried about the show’s future, due to the out-of-the-ordinary double-length episode, coupled with said episode having the feel of a series finale. Luckily for us, the show will go on.

Who else is excited to see how 21 handles his new disposition in life? Will he go back to being Gary?!