They Are Totally Making a Musical Version of Valley Girl 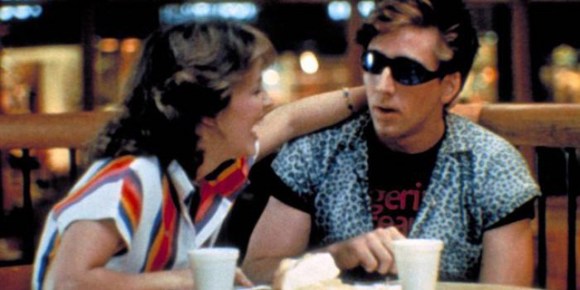 Paramount and MGM have been working together to produce a musical remake of the 1983 classic, Valley Girl. The most recent news — besides the news that this is happening at all — is that they’ve found a director, and there’s a good chance you’ve never heard of him. Clay Weiner, best known for directing commercials, lobbied heavily for the gig and landed it after using his time off to create and produce a video mashup of all the song that appear in the film. And now we’ll get to wonder: Who could score the role that made Nicolas Cage a star?

A cult classic for ’80s aficionados (read: people who came of age in the 1980s), Valley Girl was the first movie to bill a young actor named Nicolas Coppola as Nicolas Cage. It’s actually a loose interpretation of Romeo and Juliet, but with, like, 1980s California types.

The movie wasn’t a musical, but — like most ’80s movies — had a lot of songs in it. And now, Paramount and MGM are looking to reach back for some ’80s nostalgia and turn those songs into musical numbers. That’s what Weiner successfully tried to convince producers he could do when he spent his own money putting together his demo. Before the Christmas holiday, the studios met with a bunch of (much more) established directors who wanted to take this project, but Weiner and his reps, knowing he was practically an unknown (he has only one film credit to his name, Nickelodeon‘s Fred: The Movie), still pushed hard for the gig. According to Deadline:

Weiner was the only one who spent the two-week holiday break putting together a three-minute demo reel, paid for out of his own pocket, that featured choreographed dance routines set to a mash-up of the 1980s tunes that will be sung in the film. He demonstrated the spirit, design, costuming and camera work that reflected his vision for the film. It told the studio execs everything they needed to know. This week, they gave Weiner the job and it was the reel that won it for Weiner.

So, let it be known: Clay Weiner has spunk.

There are so many rude ways to interpret that sentence.

But we are genuinely excited for him, and now we’re getting a musical version of Valley Girl! I hope it’s released around the same time as Diablo Cody‘s Sweet Valley High musical — ’80s musical camp deathmatch to the max.