And they're for a good cause! 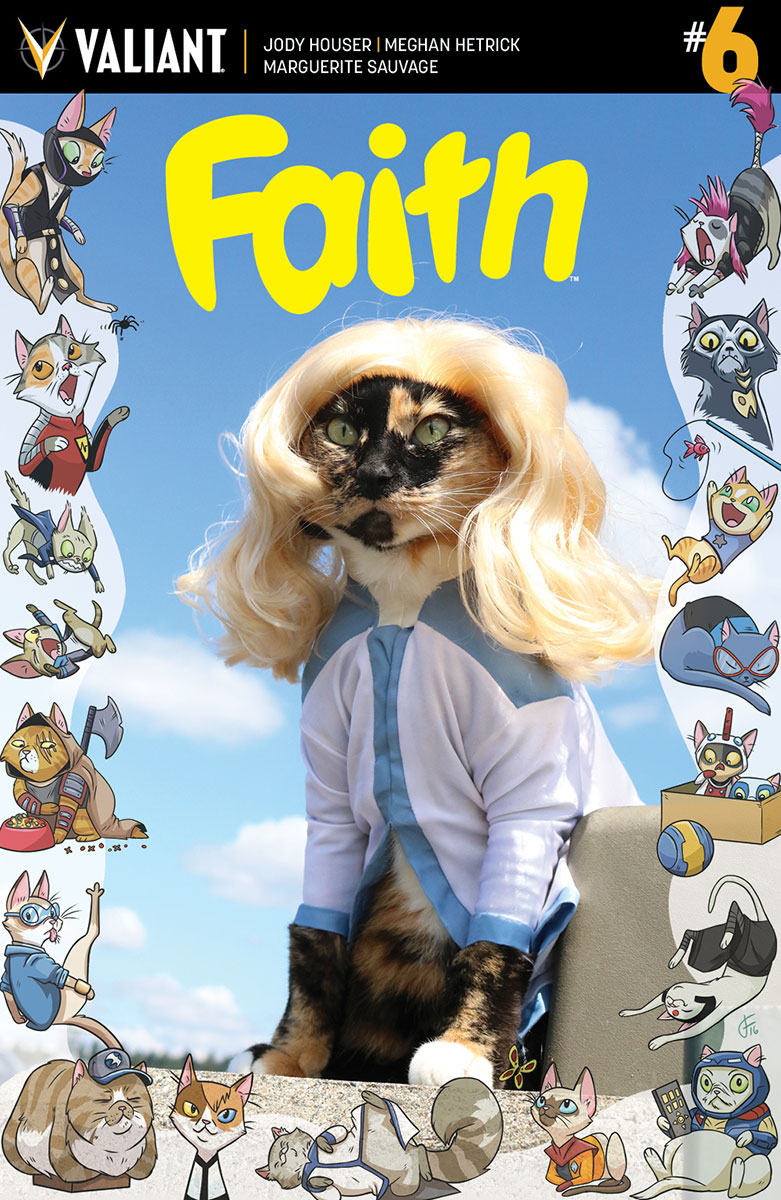 If there’s one thing I truly, honestly cannot resist, it’s cats in cosplay. That’s why I’m personally so giddy about this new line of shelf photo covers from Valiant Comics, which brings three of the best C’s together–comics, cosplay and cats.

In collaboration with Cat Cosplay of the Feline Variety (who has already brought us so many wonderful cat cosplays–among them “Captain Pawsma” from Star Wars: The Force Awakens), Valiant is featuring kitties who are dressed up as ten of their most popular and recognizable characters–including the new ongoing series Faith. Each of the covers are based on an actual cover from any one of Valiant’s featured series.

Available as “order-all” covers across all of Valiant’s December 2016 series, each VALIANT CAT COSPLAY cover will be available for retailers to order in unlimited quantities at the standard suggested retail price:

The best part? Some of the proceeds from these cat cosplay covers will be going to benefit the Brooklyn Animal Rescue Coalition (BARC), a non-profit which operates a no-kill shelter for cats and dogs in Brooklyn, New York. Cat cosplay covers that also go to a good cause? That makes this fun kitty collaboration even better.