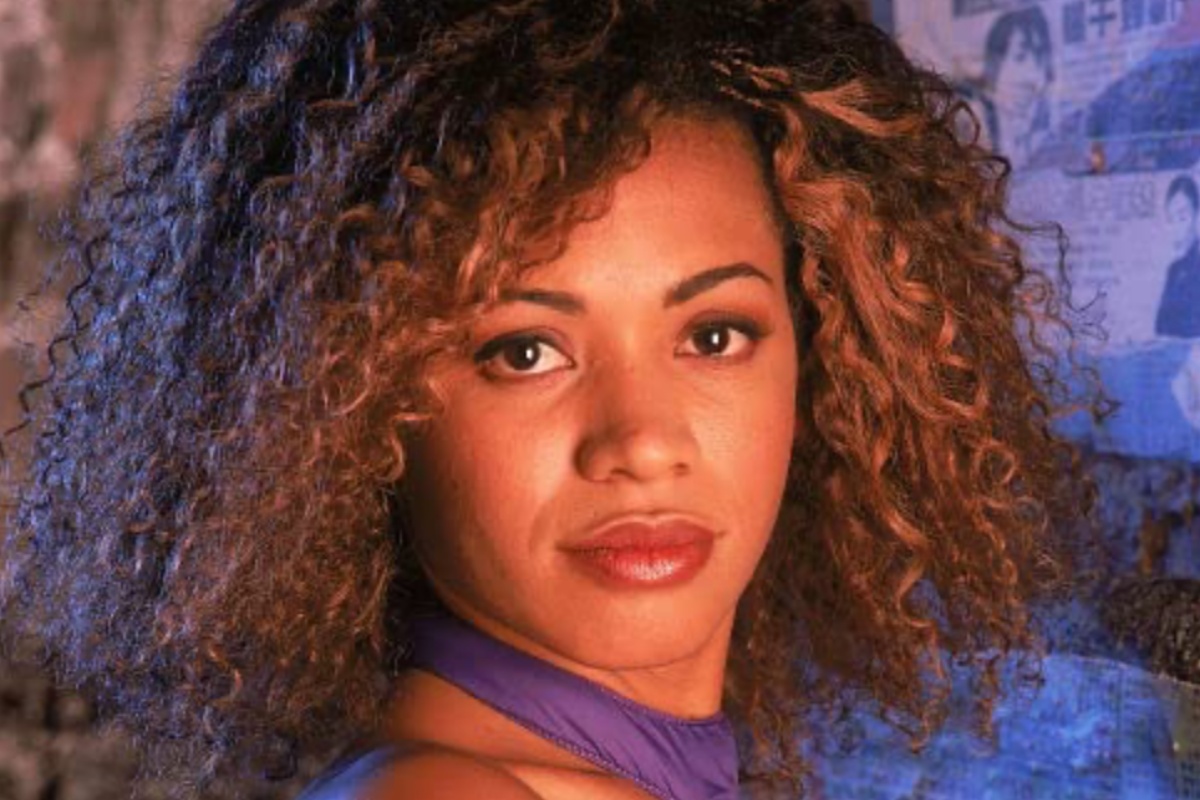 A few years ago, I decided to watch the series Dark Angel. I remembered seeing commercials for it on my television ages ago, but the premise hadn’t called out to me then, at the ripe age of eleven. So, I got the DVDs for the two seasons and found myself hooked on this weirdly inclusive and compelling cyberpunk sci-fi series that pushed boundaries in season one and then slowly fell apart in season two.

One of the most compelling parts, for me, was the character of Original Cindy, played by Valarie Rae Miller. A Black lesbian who was a central character and didn’t die? Amazing. Yet, Valarie Rae Miller recently spoke to Syfy Wire about her experience in the role and how that representation came due to multiple fights.

Just getting the character of Original Cindy was a struggle because, according to Miller, “Nobody wanted to play a lesbian.” It scared a lot of people off, and it was supposed to have gone to the late actress and singer Aaliyah, which would have been something for sure.

“I have no idea how many times they asked me if I’d have a problem kissing a girl,” Miller recounted. “I was like, ‘I kissed all kinds of dudes I don’t know or like, why is this any different?'”

Ultimately, Miller got the role, and honestly, I’m glad for it. With her natural hair and visibly Black features, it felt good to see a Black woman onscreen in a show like this who wasn’t just another paper bag. Still, just having that character on the screen became a fight, one that Charles Eglee, the showrunner for the first season, was willing to stand up for, according to Miller.

“For [my character] though, it was always a fight. I thought it was cool to have someone that was a lesbian at the time because they had never had a lesbian character on a primetime series that was a major character. And [the story] didn’t make a big deal out of it. It just was. Even though it was handled that way initially, it was a big point of contention at the network and among producers. So, Charles Eglee, Chick was what everybody called him, was the one that fought for Original Cindy to be a lesbian. He basically declared war with Fox. Which ultimately became some of the undoing of the show.

Sometimes you pick your battles, but Chick just didn’t give a f***. There were memos that came out weekly about the show. I definitely was the character that got the most notes from the network. Every week, it was something. She can’t wear a crop top. She can’t be this. And then there was one big famous meeting where the network asked Chick why Original Cindy had to be a lesbian. And Chick’s answer? “She’s a lesbian because she only eats p****.” Word it how you have to word it, but that was the quote.”

Now, considering how much representation we do have in the media when it comes to LGBT people, it truly seems absurd that this would be such a fight, but in 2000, lesbian representation had mostly been limited to gags. The L Word would still be one year away, Xena and Gabrielle had to deliver their love story through subtext, and Dark Angel premiered the same month that the 4th season of Buffy: The Vampire Slayer came out–before Willow met Tara and a whole year before they would kiss onscreen.

Then, when Eglee was replaced as showrunner with Rene Echevarria, they wanted to have Cindy hook up with Jensen’s character, Alec.

Supposedly, Cindy all of the sudden looks at Jensen’s [character] and she keeps mentioning how pretty he is. The next thing you know, Cindy and Jensen’s character hooked up. And I was like, “Hold on, this is sci-fi. You can’t just be doing stuff like that.” They’re like, “What do you mean?” I was like, “She can’t all of the sudden now be hooking up with a guy just because he’s pretty. Something has to happen. Maybe her sexuality was unexplored, maybe she does like guys. OK, that’s cool. But you need to explain because sci-fi people aren’t having it.”

Sweet Hera. I am getting bi-furious just reading that. I cannot believe that they even considered that, but having watched the second season of Dark Angel slowly remove all the things that made it interesting, including reducing a lot of the POC regulars and replacing them with Jensen Ackles and Ashley Scott among others, it is not too shocking.

While that second season was a straight up mess, the first season of Dark Angel remains full of potential. Jessica Alba did some of her best work ever in that series, and if any show from that era really deserves a bigger budget reboot, it’s Dark Angel. That would be a much better investment for creator James Cameron’s time than making more Avatar sequels.