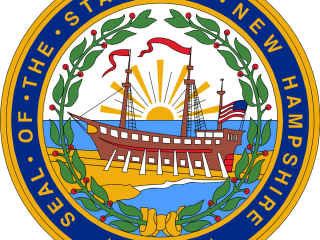 New Hampshire State Representative Peter Hansen feels strongly about a law in his state allowing homeowners to use deadly force remaining unchanged. He feels so passionately about not changing the law, in fact, that in an email rebuttal to a colleague’s speech on the matter encouraging retreat, he made a statement that’s been getting some attention, saying “What could possibly be missing from those factual tales of successful retreat in VT, Germany, and the bowels of Amsterdam? Why children and vagina’s of course.” I don’t know what about this story is more offensive —  referring to women as “vagina’s,” or putting an apostrophe in the wrong place while you’re doing it.

Wait. Wait. Nope, I do know, and it’s definitely the first thing. That doesn’t excuse the second, though! If you’re going to belittle half of the population of the planet (and your electorate) by referring to them only as their genitals, get someone to edit that email first.

Hansen has since issued the official non-apology apology of politicians everywhere, stating that while his word choice was “clumsy and disrespectful (oh boy, was it!) he does not regret the statement, telling a local paper that “This is something that has been totally blown out of proportion.” According to Hansen, he chose his words in the email for their shock value, so, I guess mission accomplished on that front.