3 Wolf Moon Embraced by NH Govt.: “Every CEO Should Be Wearing this Shirt.” 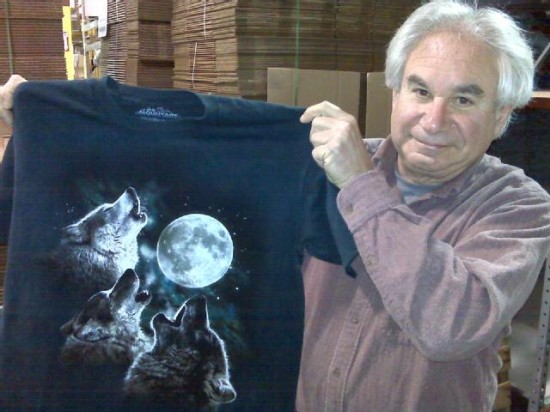 3 Wolf Moon t-shirts: they will help you fly and grow reinforced bones, their wearers gain 250 pounds of muscle and the ability to see and hear for miles, and … they are now powering New Hampshire’s economy. That last part is actually true.

The Mountain, the t-shirt company behind the ironic, iconic shirt, has done so well in the wake of its unexpected Amazon success that a state agency has designated the 3 Wolf Moon shirt “the official T-shirt of New Hampshire economic development.” That’s quite an honor! The Division of Economic Development is even starting a campaign to get pillars of the community to wear the shirts:

Boucher said an online campaign will be launched featuring local business officials and celebrities wearing the shirt. The Business Resource Center also plans to give Three Wolf Moon shirts to winners of its monthly “Innovation Rocks!” initiative, which recognizes the ingenuity of New Hampshire’s innovation leaders.

Boucher said that regardless of the truth of the claims of mystical properties possessed by the shirt, he’s optimistic about the effect it will have on New Hampshire’s economy.

“If it can generate half of the results that Amazon shoppers are experiencing, we’re in awesome shape,” he said. “Every CEO should be wearing this shirt.”