What is going on at USA Today? 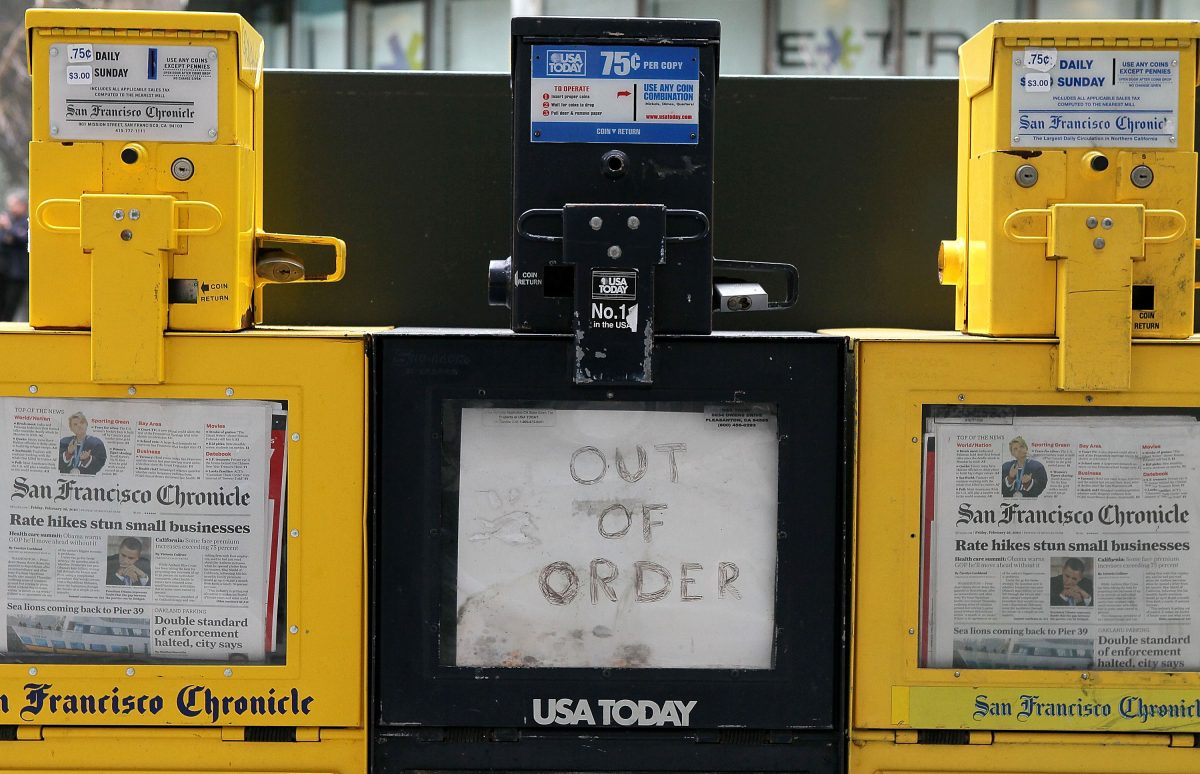 USA Today, best known as the thing you trip over when leaving your Hampton Inn room, has had quite a week. On Wednesday, they published an Op-Ed from Donald Trump about Democrats’ “Medicare-for-All” plan, which was riddled with lies about the healthcare system.

Instead of adding corrections or pointing out the clear falsehoods in Trump’s rambling piece, they allowed it to be published unaltered, in a complete break with journalistic integrity.

Glenn Kessler of the Washington Post wrote a rebuttal of the piece, saying that “almost every sentence contained a misleading statement or a falsehood.”

USA Today’s editorial page editor Bill Sternberg issued a statement saying, “We see ourselves as America’s conversation center, presenting our readers with voices from the right, left and middle. President Trump’s op-ed was treated like other column submissions; we check factual assertions while allowing authors wide leeway to express their opinions. Readers are invited to submit opposing viewpoints and provide additional context, some of which will be published in the days ahead.”

Many prominent journalists took to Twitter to call out USA Today for its irresponsible journalism.

This column may break the record for the number of falsehoods from a President ever published in a newspaper op-Ed. Just this tweet alone is false – “outlaw private health care plans” and “letting anyone cross our border” Huh? Fact check: false and false. Come on USA Today. https://t.co/1SPKMztmJL

USA Today not only published a White House press release disguised as an “op-ed by Donald Trump,” it is using its Twitter account to blast out the article’s lies to 3.6 million followers. https://t.co/5qpjfDOWHh

Opinions and interpretations are NOT the same as straight up LIES
And that is what @realDonaldTrump did in @USATODAY https://t.co/7CU1XACL1D

Uh no. That’s bull. How bout—we’re gonna run this through pur fact checkers and get back to you with some edits, so this piece matches our standards for truthfulness. https://t.co/SlQTgATeMe

USA Today has since published a rebuttal piece to the original article.

But wait, there’s more (sigh). In yet another wildly partisan Op-Ed, James S. Robbins lambasts the Kavanaugh protests and calls for “less democracy.” Robbins attempts to take down the women-led protests with textbook misogynist language, calling protesters “shrieking,” “unhinged,” and “crazy.” These are protesters who stood against an accused sex offender being confirmed as a Supreme Court justice.

Robbins’ myopic view of violent protest is quick to call attention to the 2017 shooting of Rep. Steve Scalise and the Kavanaugh protesters, but is (not so) shockingly silent in omitting the Charlottesville domestic terrorist attack that ended with the murder of Heather Heyer.

Robbins’ demands for democratic civility in the face of cruel and offensive behavior from the GOP is laughable, considering that the biggest bully and abuser of democracy is the president himself. We’re four weeks out from midterms y’all. If you’re not fired up to vote, then you might not have a pulse.