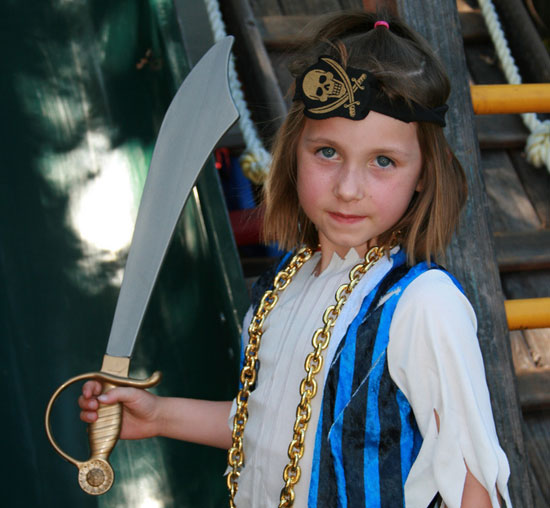 Assuming the image used by Today Health is accurate, it looks like 1,400 little girls won’t be going out on Halloween as somewhat creepy pirates. U.S. Customs and Border Protection diverted the shipment of costumes to a warehouse for testing as they reached Seattle in September, but only just confirmed their suspicions: They are full of lead. There’s a certain level of lead that’s considered acceptable, but these Chinese costumes tested at 11 times the legal limit.

That level of lead is ridiculously dangerous for children, especially when it’s included in something designed for them. Low levels of lead in the blood can hinder a child’s ability to pay attention and cause learning issues, whereas high levels can lead to vomiting, convulsions, or even a coma. Plus, as we all know, kids like to stick their clothes in their mouths because of course they do. Buttons and trim are the worst offenders; they’re the easiest to gnaw on.

It’s not like the company can feign ignorance either, as even though the standard safe level of lead was lowered in May, 11 times the current legal limit is still far above what the original limit had been. It’s like they weren’t even concerned about the level of lead at all, even though they’re now out of $10,000 worth of product. That said, the shipment was chosen specifically due to a past violation, so it might not be the first time.

Regardless, it looks like there will be 1,400 fewer pirates running about this Halloween, proving once again the strict stance the government takes on piracy.