Ohio Makes Out the Proudest in United States of Shame Map 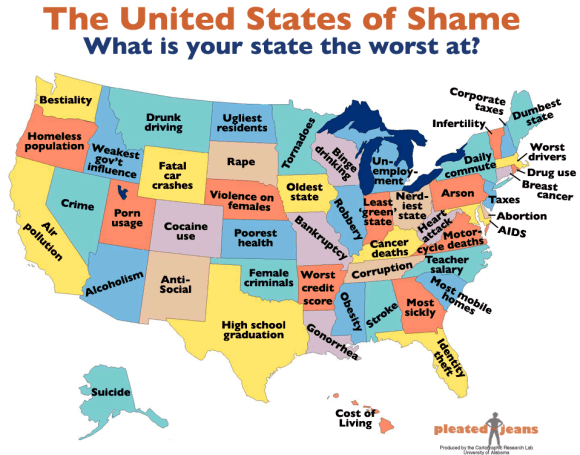 Yes, for while other states might have the worst taxes, the most identity theft, the highest unemployment or the longest daily commute, the state that I went to college in is the nerdiest. And that ain’t no shame. Wired attempted to uncover what exactly might have earned Ohio this particular honor, and their best guess is that Ohio has the highest library visits per capita of any state in the U.S. (almost seven).

(via Pleated Jeans via GeekMom.)