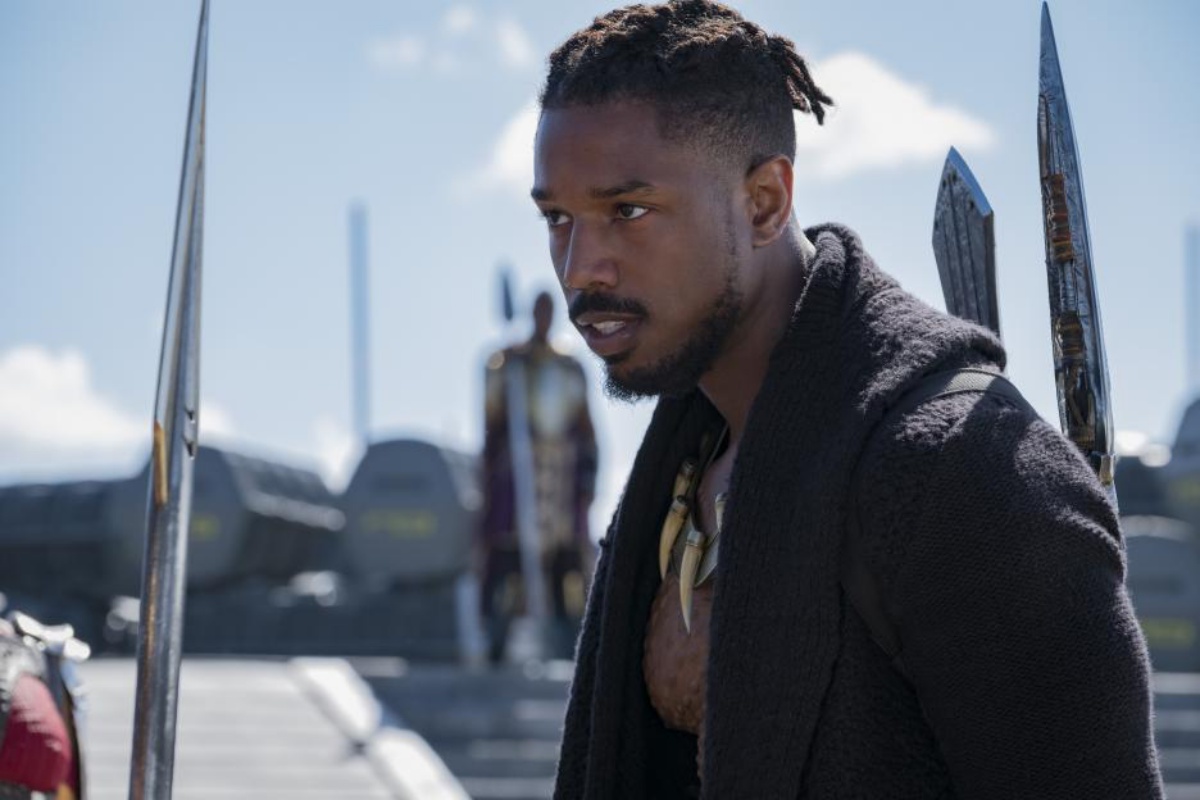 If you are reading this, then I assume you have been touched by the glory that is Black Panther, or are a spoiler junkie and don’t care regardless.

When I watched this movie, I was blown away by so many characters: Okoye’s raw power as a fighter, M’Baku’s bad boy charm with a secret heart of gold, Shuri’s one-liners left me in stitches, and of course the warmth of the Black Panther himself, T’Challa. But the character I left the film thinking about and relating to the most was Erik Killmonger.

Beyond the personal reasons that Killmonger has for wanting revenge for the death of his father, Killmonger’s motivation in his battle against T’Challa and to claim the nation of Wakanda is that Wakanda has all this power, all this advanced technology, and yet black people around the world exist in racism and suffering. Why aren’t they doing anything about it? Honestly, I found myself nodding in agreement. Yes, Wakanda, why aren’t you helping the African Diaspora?

If it somehow turned out that Wakanda were real, I would initially be excited, but then I would be pissed. The fictional nation has the means to intervene in so much human suffering, but instead chooses to become the richest country on Earth, in isolation.

The rage that Killmonger has against Wakanda’s passive role is so familiar because it’s the rage you grow up with when you’re black in America, being told that Africa is nothing. I remember being in world history courses learning so much about the Roman empire, the European Middle Ages, the Renaissance, etc., but non-Western history was never touched on in a broader way—at least not on the pre-college level.

We learned about Ancient Egypt, but it’s debated whether it “counts” as African because of its Middle Eastern influences. We’re told of some of the big tribes that existed, but beyond that, black Americans and non-African black people are often forced to search for their history on their own, to look beyond the stereotypes to the truth.

One of the most common things you will hear among black nerds is how growing up they were told that what they enjoyed wasn’t “black.” Reading, non-rap music (especially rock/country), and comics were not for us. You grow up internalizing that limited idea of what blackness is and almost being upset that you are black because if blackness is framed as ignorance and backwards, why would you want to be that? My favorite book growing up was The Count of Monte Cristo. My father had gotten it for me when I was around twelve and I spent the summer reading it. Still, I didn’t find out that it’s author, Alexandre Dumas, was part black until I was in high school. And I was angry.

I was angry that no one told me. I was angry that when it was Black history month the only books we would read were about slavery and the “struggle,”  that we were given a limited scope of what black literature was, but then Dumas…someone who was a huge part of the literary canon was treated as white even though he was of a similar ethnic makeup as many authors/activists in America who would be considered black.

I felt like something had been kept from me. Why is blackness tied to illiteracy when there are authors of African descent like Pushkin and Dumas? Why are we not supposed to enjoy rock music, when Jimi Hendrix is one of the greatest instrumentalists in the genre? Why is the scope of African accomplishment ignored because those tribes didn’t build castles? Why have we allowed ourselves to treat Africanness as a blight?

Everything about Killmonger is a commentary on what that mentality can do to the African-American mind. Even him choosing the gold chain to wear as his costume ties back to a “reclaim gold/diamonds from Africa” mentality you hear in rap songs a lot like the opening monologue of Jay-Z’s “FuckWithMeYouKnowIGotIt”

“The reason why we like this—this jewelry and this diamonds and stuff—they don’t understand, it’s because we really from Africa. And that’s where all this stuff come from. And we originated from kings, you know what I’m saying? So don’t look down on the youngsters because they wanna have shiny things. It’s in our genes, know what I’m saying? We just don’t all know our history, so […]”

By writing Killmonger the way he is, Coogler is showing how being oppressed doesn’t inherently make you a kinder person, it could also turn you into an oppressor. It breaks down your empathy your ability to cry, to love until it makes you hardened so that you step on people the same way they step on you.

In an interview with Fast Company, director Ryan Coogler talked about how Hamilton changed the way people see history:

My hope is that by watching Black Panther, people will rethink how they see Africa. In the comments on many sites, even here, people mock the idea of a technologically advanced African nation. It’s hurtful, because it just serves as a reminder of the way people see African nations in the real world—a reminder of the way that we, as a society, have bought into the inferiority narrative. It leaks into everything, to the point where your options are to either work towards changing those perceptions, finding out the truth, and building up your image of blackness or to become angry, resentful, and seek to burn it all to the ground like Killmonger.

I long ago realized that hate solves nothing, and that the only way to work towards change is to build something together with people—through knowledge, through information, through making mistakes. However, I also know what it’s like to be black in America, to be told that the place you and your people come from is worthless, to be told that being black is worthless, and to believe it.

It is a poison, but I think we’re coming up with the antidote, and Black Panther is part of that healing process.