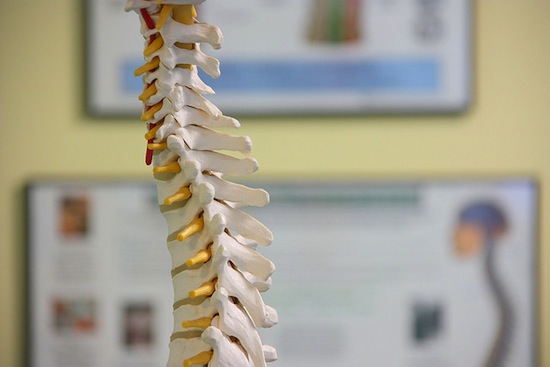 Yesterday we brought you the heartbreaking news that rather than giving you Fantastic Four style super powers, the cosmic rays that astronauts could be exposed to during space travel instead could potentially damage your brain. On the bright side, though, space travel will also make you a little bit taller, so it’s got that going for it. It’s not much taller, mind you, and the height boost is only temporary, but it you’ve got a couple of brain cells to spare… hey, it’s a trade-off we’d make, because going into space would be amazing.

Rather than cosmic rays or constantly being attired in moon boots, the height increase that comes from being in space is a result of life spent in microgravity. Without gravity to compress them, astronauts’s spines get a tiny bit longer, leaving them standing a little taller than normal. The height boost is about 3%, which is really about the worst kind of height boost, because no one can really tell, but none of your shirts would fit quite right, either.

While astronauts return to their original height once they are Earthbound again, NASA researchers are still looking to better understand how microgravity changes the spine, even temporarily, so they’re taking advantage of Ultrasound 2, the International Space Station’s ultrasound machine, to perform the first spinal ultrasounds in space. In addition to serving as a good reminder that there are a lot of things you can still be the first person to do in space, NASA hopes the ultrasound images will offer new insight into how the body changes during life in space, and how they can develop or refine their exercise regimen to keep astronauts fit and comfortable.

This is one more reason that brain damage, space madness, and aliens be damned, we still want to go into space. Because it’s going to space, which is a lot cooler and more fun than most of the things we already do to that result in brain damage, and if you get to come back a little taller as well — even if only for a little while — then so much the better.