Cyberwarfare is important and taxing, but it's not the sort of thing you generally need to be in the best shape for. 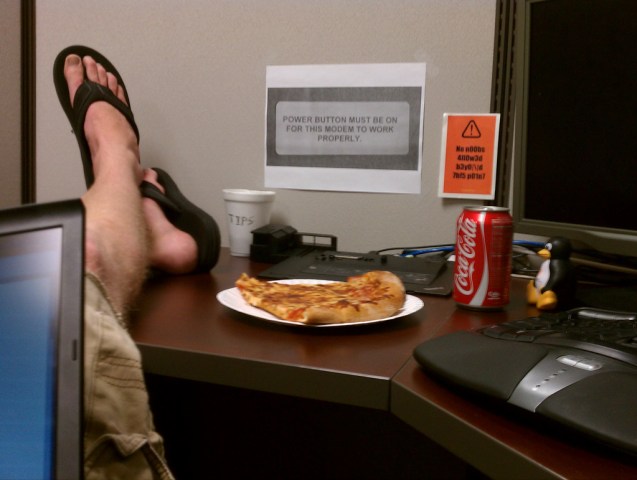 Like most major players on the world stage, the United Kingdom is stepping up recruiting efforts to bring more skilled computer specialists into its ranks. To that end, the Ministry of Defence has seemingly bowed to reality and decided that military reservists who specialize in cyber warfare won’t be required to live up to the same physical fitness requirements as other military personell.

Earlier this week, U.K. Defense Secretary Phillip Hammond explained that the military will be “specifically be recruiting cyberreservists, who will not necessarily have to have the same levels of fitness or deployability as reservists in general.” So if you’re a U.K. resident with mad computer skills who has only been avoiding military service because it necessitates being able to walk up three flights of stairs without breathing heavily, this is your chance to take up the soldiering life without having to abandon a diet of Cheetos and Mountain Dew. The standards are only being relaxed for reservists right now, though the principle underlying the decision –that coders and hackers just don’t need to be able to do a lot of pull-ups — could see it become a more common policy if it helps recruiting efforts.

Since deployment for hacking specialists means spending a even more time in front of a computer screen, it does kind of make sense that they wouldn’t need to be in SAS shape to make the grade. Then again, it does feel a little weird just in principle to declare a whole segment of the military is no longer playing by the same rules as everyone else. After all, aren’t fitness requirements not just about fitness, but also a way of maintaining discipline in the ranks?