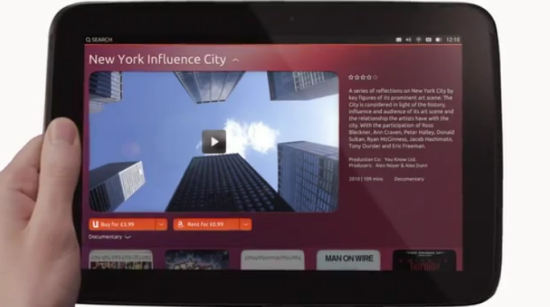 Back in January Canonical announced that they were releasing a mobile phone version of their Ubuntu operating system, and Linux users got very excited. The mobile version of Ubuntu promised the full Ubuntu experience on a phone, and the seamless blending of our computers and mobile devices. To really fulfill that promise, though, Canonical needed to include tablets as well. That’s why today they announced there will be a version of Ubuntu for tablets.

It looks like Ubuntu for tablets is a functional hybrid of the desktop and phone versions of the OS, combining elements of each. Ubuntu for tablets will be able to run phone apps like messaging, and with a mouse and keyboard will work as a fully functional desktop. Ubuntu phone can also be used with a mouse and keyboard, but how useful that is with a smaller phone screen is questionable.

Ubuntu for tablets will make full use of the screen real estate, allowing side-by-side multitasking of apps. The touchscreen navigation is formatted in the same way as Ubuntu phone, with different edges of the screen accessing different menu areas and controls. It will also address the issue of sharing a tablet by offering separate secure accounts, and a guest login.

The developer preview of Ubuntu for tablets will be available at developer.ubuntu.com alongside the Ubuntu phone preview starting this Thursday, February 21st. A spokesperson for the company stressed that this is an early build of the OS, and isn’t meant for reviews or thorough testing.

Ubuntu founder Mark Shuttleworth outlines the details of the tablet version of Ubuntu in this video released today:

The developer preview will work on the Nexus 7 and Nexus 10 tablets, but considering Ubuntu’s open nature, it’s likely to see it running on many more devices when the full version is released. Looks like I may need to finally buy a tablet.