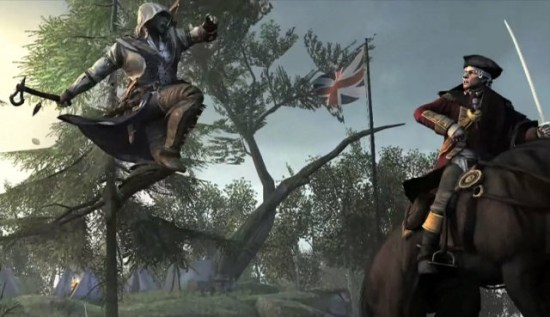 Not too long ago, Sci-Fi author John Beiswenger filed a lawsuit attempting to block any further Assassin’s Creed releases on the grounds that the franchise’s story infringed on the copyright of his novel Link. The lawsuit seemed pretty doomed from the start, and it’s likely that Beiswenger knew that because he just recently dropped his own case, still arguing that he was totally in the right, but just didn’t feel like (or have the money to go about) proving it at the moment. Now, Ubisoft has filed a complaint against Beiswenger in order to get the matter settled, essentially saying something along the lines of “Oh ho ho no you don’t. You wanna dance? Let’s dance.”

Because Beiswenger dismissed his claim without prejudice, he could theoretically pick it back up whenever he felt like it, ostensibly when he had enough money to see it through. Understandably, Ubisoft would rather not leave that time bomb ticking, even if it’s incredibly unlikely Beiswenger could make a decent case. It’s a loose thread just begging to be tied up. In a statement, Ubisoft put it this way:

“The plaintiff in the case alleging copyright infringement by Ubisoft has dropped his claim, without settlement. Ubisoft believes this suit was frivolous and without merit, and is seeking a ruling to prevent future related claims. We are proud of our creative teams and will continue to vigorously defend the intellectual property they develop.”

In addition to a ruling that Beiswenger’s claims are bogus, Ubisoft also wants Beiswenger to cover all the court costs involved, since he was the one to start this whole mess in the first place. Just walking away from the suit while still being able to pick it up later would have left Beiswenger in the convenient position to assert his argument’s veracity without ever having to prove it, probably a best case scenario for him. This suit, however, ensures that won’t happen. It just goes to show you, don’t pick a fight if you don’t plan on fighting it. You can bet Beiswenger is wishing he hadn’t.