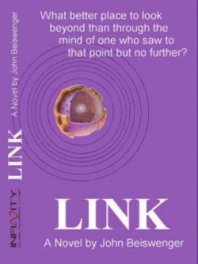 Back in April, author John Beiswenger caused a bit of a stir when he filed suit against Ubisoft, alleging that the Assassin’s Creed franchise ripped off his novel Link by utilizing the trope of “genetic memory” and several other common sci-fi mechanisms he implicitly suggested were his own original ideas. Moreover, he didn’t just want a $5.25 million piece of the Assassin’s Creed action, which would be shady but still understandable and perhaps possible, he wanted to halt the series entirely. It’s not like anyone was particularly worried he’d actually pull it off, but now he’s actually dismissed his own case, citing the expense of going through with a trial. The dismissal did not, however, stop him from throwing one last little hissy fit, and issuing a borderline slanderous parting shot.

Beiswenger said the following in a press release about his decision:

I filed the Complaint and Motion for Preliminary Injunction in federal court because I believe authors should vigorously defend their rights in their creative works; Otherwise, the laws protecting them simply have no purpose. Regrettably, the resources required to defend those rights are unavailable to many individual creators. As a result, rampant infringement is occurring with impunity.

It’s a shame really, in two different ways. First, that many individual creators who are getting screwed over don’t have the funds to do anything about it. Second, that since Beiswenger has backed off, he can just sit back and snipe at Ubisoft instead of  having his ill-conceived and doomed argument face the scrutiny of a courtroom where its inaccuracy and frank presumptuousness would have been laid bare. Instead, Beiswenger can continue playing the victim if he likes, insisting that he would have won the fight he never got around to fighting and sticking his fingers in his ears if anyone dares to say otherwise. The statement from his lawyer really gets the whole passive-aggressive nature of the withdrawal across.

“My client’s decision to exercise his right to voluntarily dismiss the action, without prejudice, in no way diminishes his stalwart conviction in the merit of his claims against Ubisoft. He is unwavering in his belief that many key components of the Assassin’s Creed video game franchise infringe on many key components of his novel, LINK. We believe Ubisoft has engaged in egregious acts of copyright infringement and, should he choose to seek redress through the courts in the future, we remain confident that a trier of fact would agree.”

Because this is a withdrawal without prejudice, Beiswenger can pick up the claim where he left off should he ever chose to do so, but somehow I doubt he will. Pushing the whole thing to a conclusion would give him the opportunity to prove he’s right, but also the chance (or more accurately the certainty) that he’d be proven wrong. From the position he’s in now, he can keep whining about the injustice of it all until somebody sues him for slander. That said, I don’t think anyone of consequence will have much interest in anything else this guy has to say.