There Are Two Competing Tolkien Documentaries Currently in the Works

With the final installment of The Hobbit trilogy set to come out at the end of this year, Tolkien’s been on the mind of a lot of book and film lovers. But that’s not where interest in him ends. There are two films currently in the works specifically featuring Tolkien himself.

Tolkien, a biopic about his life, is being developed by Chernin Entertainment. We’ve talked a little bit about it before, and so far there aren’t many details about the film. It’s going to look at Tolkien’s life with a focus on his time at Pembroke College and as a soldier in World War I. David Gleeson will direct the film. For now, there isn’t a release date set so we’ll just have to wait and see on that one.

The other movie contains a few more details and seems really interesting from what we know. As someone whose first real chapter book was The Hobbit, I am a big Tolkien fan. But I also really enjoyed C.S. Lewis’ books at the same time. When I found out later that they were friends in real life, I was fascinated. And that’s exactly what this movie is about. Tolkien & Lewis is a film dedicated to looking at their relationship and how it influenced their novels. IMDb reveals a movie poster but doesn’t offer many more details. 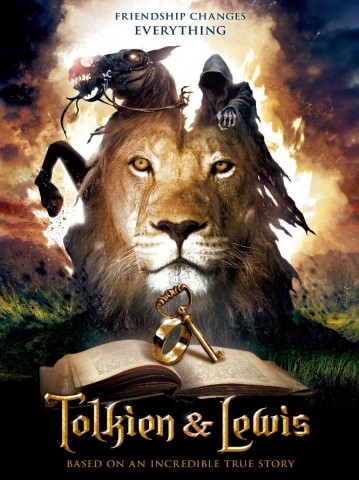 The film is being funded by a combination of U.K. tax credits, presales, and Wiggin LLP (a law firm). Certainly an interesting way to raise the money, but hey. Whatever works, I guess!

Attractive Films, the company producing the movie, has set a tentative release date for right around Easter. Given that much of Tolkien & Lewis will revolve around both writers’ Christian faith, it seems an appropriate time for a premiere. The film will take place just at the beginning of World War II, so will feature a slightly older Tolkien than the other documentary.

Both films look interesting for different reasons and I’m excited to learn a little bit more about one of my favorite authors in movie format! We’ll keep our eyes peeled for more news and official release dates!

(via The Hollywood Reporter, image via 89ravenclaw)