Twitter Is Letting Us in on All the Infuriating, Ignorant #ThingsOnlyWomenWritersHear 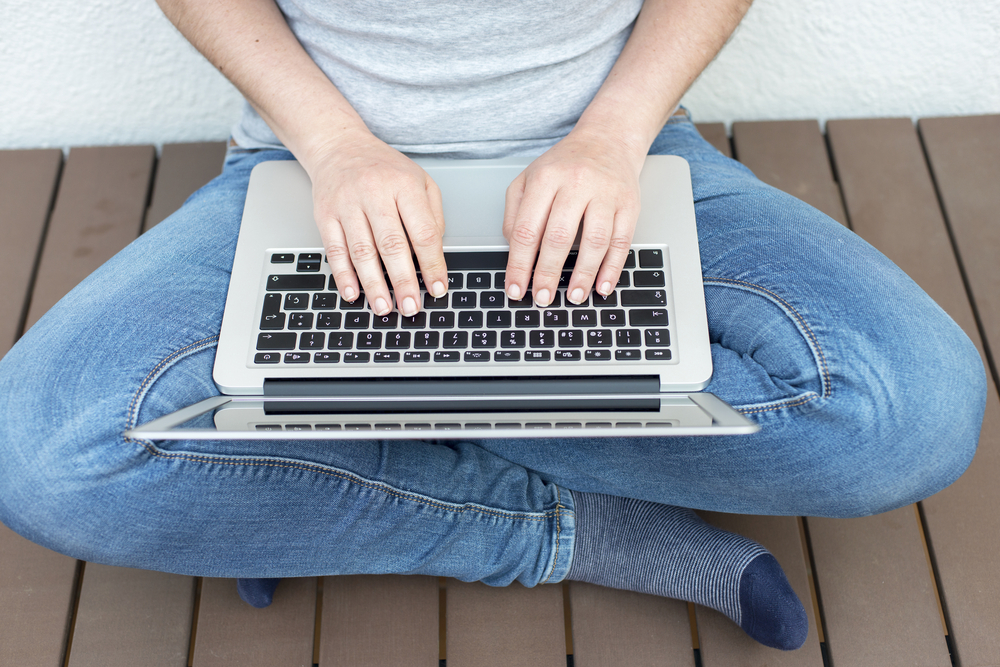 One of the great things about Twitter and its hashtags is that we all get an opportunity to hear about others’ life experiences we’d never know firsthand, as well as find camaraderie in venting about our own shared life experiences. Take, for example, Joanne Harris, the writer of Chocolat, who was musing over all the things she and other women writers have heard that we never see being applied to men.

I don’t know of any male writer who has been criticized for neglecting his family life, or told he’s being selfish for wanting to write.

So she came up with the hashtag #ThingsOnlyWomenWritersHear. The phrase caught on like misogyny wildfire, encompassing all the things women writers hear that presumably never come up for male writers. Starting with the very distinction itself.

Women writers (who, yes, can just be referred to as “writers,” believe it or not!) constantly hear assumptions about their work based on their gender.

#ThingsOnlyWomenWritersHear “I don’t usually read books by women but I actually enjoyed yours.”

“I don’t read many female authors. I only read [literally any genre but romance, regardless of the fact that women write in every genre].”

As well as assumptions about their audience:

“It’s a shame. Boys will never read your work.” #ThingsOnlyWomenWritersHear

“Have you thought about using initials instead of your first name to broaden your audience?” #ThingsOnlyWomenWritersHear

“Your writing is very masculine, and I’m not sure there’s a market for that” <—actual rejection letter #ThingsOnlyWomenWritersHear

Then there are the questions about that husband/boyfriend/family and how they feel about her work:

“And how does your husband feel about the subjects you cover?” #ThingsOnlyWomenWritersHear pic.twitter.com/FbBOLRnBiL

“Your husband’s incredible for letting you write.”
And he lets me wear pants & drive the car too! I’m so lucky!#ThingsOnlyWomenWritersHear

“Does your boyfriend know you’re into all that stuff?”
Me: “You mean…nouns & verbs…?”
(My genre is erotica)#ThingsOnlyWomenWritersHear

Women often come up against a general disbelief that this could be their job.

“Are you here with your dad?” Said to me when I was 25, covering meeting on making cookstoves safer for women #ThingsOnlyWomenWritersHear

[upon hearing who will publish my books] Oh wow, that’s a real publisher! #ThingsOnlyWomenWritersHear

Premiere of CHOCOLAT. Famous (male) author pushes past me without a glance to congratulate my (male) publisher. #ThingsOnlyWomenWritersHear

Which, by the way, is a real job, even when a woman holds it.

It’s good to have a hobby #ThingsOnlyWomenWritersHear

So much of the #ThingsOnlyWomenWritersHear tag has to do w/ women’s writing not being “real” work, “real” writing, “real” subject authority.

It wasn’t long before the #WhatWoCWritersHear started trending, shining a light on a whole other set of misconceptions and insulting attitudes.

“Why did you have to make it about race?”

“Can you set it in a fantasy world instead of a REAL NON-WHITE COUNTRY” cause that’s easier to relate to I guess.

::Mentions racism:: “Why do you hate white people?!” #WhatWoCWritersHear

“Do you really think Angels can be Black? Why not make them the Demons? That makes more sense.” #WhatWoCWritersHear

“I just don’t think there’s really a market for this. We already have a book about Black people.” #WhatWoCWritersHear

Oh, and if you were wondering where are all the victimized manchildren complaining about their persecution/being left out of the conversation, don’t worry! They’re here. Because, of course:

This thread may be the perfect encapsulation of, well, pretty much everything:

@LBardugo “the enforced separation of different racial groups in a country, community, or establishment..” From the dictionary…

@RealChewiemuse lol. this is not “enforced.” these are women of color saying that they’ve had a unique experience among women authors.

For the record, intersectional feminism is in no way based in flattening out women’s or humans’ experiences or ignoring those that don’t apply to everyone equally. In fact, that kind of thinking is probably the biggest criticism of “white feminism.” That’s just one tiny piece of information out there on the internet, available to anyone who wants to learn about the experiences of others. (Which clearly doesn’t include that guy and his ignorant ilk. For everyone else: enjoy the hashtags!)