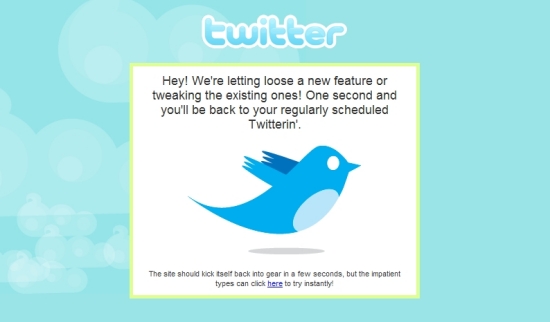 Twitter is great way to communicate, follow trends, and stalk celebrities, but the fleeting nature of a tweet makes the whole thing pretty ephemeral. Thankfully, users who want something a bit more permanent will have that option soon. A new feature is coming to Twitter that will allow users to download all their tweets into a searchable archive, and for some, that feature is already here. Get ready to go back and find what kind of dumb stuff you did on Twitter.

The feature is not available to all users yet, but months ago Twitter CEO Dick Costolo promised archives would be introduced this year, so it will likely go live for everyone in the coming weeks. A few users, like @Psilosophy, have reported having the option to archive their tweets already.

Some tools like MyTweet16 already exist that let Twitter users go back and see some of their early tweets. MyTweet16 actually claims to be able to find any users first tweet, but I tested it, and the earliest tweet of mine it could pull up was this one from last November:

I’ve been on Twitter since 2009, so this is far from my first tweet, but similar services all seem to hit the same fixed point in my Twitter time stream. AllMyTweets.net gives a note at the bottom of the page saying it can only go back 3,200 tweets. The official Twitter archive will include all of a users tweets, and shouldn’t suffer from the same 3,200 tweet limitation.

I have a page refresh script running on my Twitter settings page right now hoping to see the new feature pop up, but so far I haven’t been able to join in on the archiving fun just yet. I wonder what I was talking about before I started listening to The Green Album.

(via The Next Web, image via jetalone)