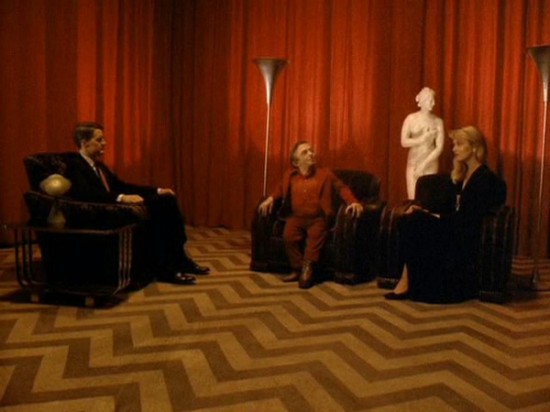 20 years ago to this day, ABC put a fish in America’s collective percolator by unleashing David Lynch‘s weird and wonderful Twin Peaks upon us. The show was ostensibly centered around a murder mystery, but it involved a backward-talking hallucinatory midget, an awkward lingering camera and surreal dialogue, and an obsession with pies and chainsaws — and that was in its relatively grounded first season.

Despite its overwhelming weirdness, Twin Peaks somehow managed to become a massive pop cultural phenomenon, at least for a while (shades of LOST?), until it got too weird and lost viewers with an increasingly unhinged plot.

Writing for NPR, John Powers fondly reflects on the show — and argues that it’s still a relevant force today:

Twin Peaks smuggled avant-garde into prime time, brimming with a surrealism you just didn’t encounter back then. Remember that weird room with the dwarf who talked backwards? It took cultural stereotypes — the straight-arrow FBI agent, the teen hottie, the wannabe James Dean, the corrupt small-town businessman — and pushed them until they exploded. The result was an often-hilarious show bursting with raw emotion.

Be sure to check out Powers’ full essay, in which he argues for Twin Peaks‘ influence over the likes of Buffy and The X-Files — even Twilight.