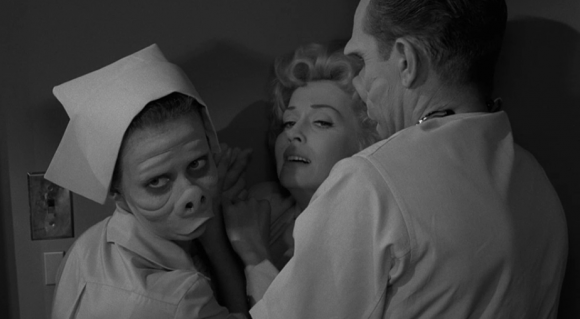 You remember that The Twilight Zone movie Leonardo DiCaprio‘s Appian Way production company is making? No? Well, it’s a thing that’s happening. Not much progress has been made in the five years since it was put into development; the only major recent announcement is that director Matt Reeves (Cloverfield) ditched the project for the Rise of the Planet of the Apes sequel.

Until a few days ago, that is, when out of nowhere came evidence that, holy crap, this Twilight Zone movie might actually still be happening, you guys! The evidence in question is a vague plot description; according to Vulture, the film will be about “a test pilot who winds up breaking the speed of light; when he puts down his craft, he discovers that he’s landed a bit late for supper — 96 years late.”

Time travel and space travel in one film—sounds pretty cool. Forgive me if this comes off as a bit dense, but I don’t get how this is a Twilight Zone movie, necessarily—it just sounds like a particularly intriguing sci-fi thriller to me. Given the recent resurgence of horror anthologies (V/H/S, The ABC’s of Death, etc.), I’d more expect a Twilight Zone movie to take that format. Then again, that was already done with 1983’s Twilight Zone: The Movie, so maybe Appian Way wants to step it up a notch.

Whatever. As long as it’s good, I don’t care. Still keeping my fingers crossed for an airline-passenger-William-Shatner cameo, though.