Twilight Zone Movie Finds Its Writer…and a New Format. Will It Work? 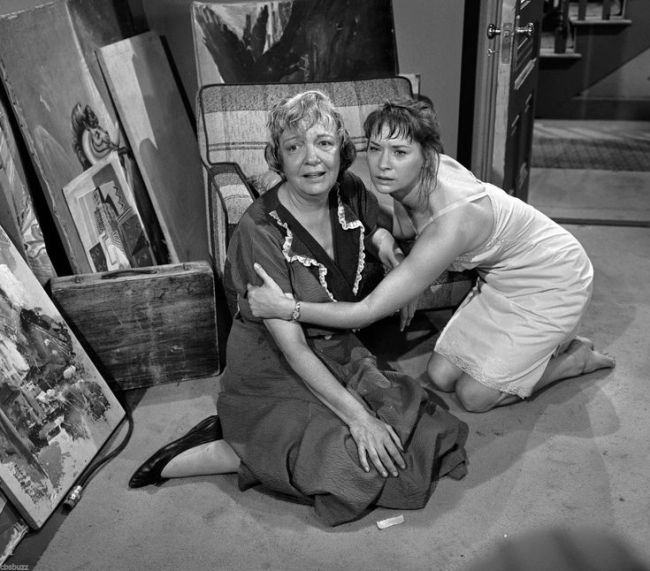 The Twilight Zone still stands as one of the best sci-fi/fantasy offerings of all time, and its original episodes still manage to be relevant today. So, it’s no wonder that there have been several attempts at adaptation. Now, there’s a new one in the works, and the project has just hired its writer!

Warner Bros. has hired Christine Lavaf to write the screenplay for an unusual take on a Twilight Zone reboot. Rather than create a new Twilight Zone series, as was done by CBS in the 1980s and UPN in 2002-03, or do an anthology-style movie like John Landis did in 1983 in which four different stories were told by different directors, Warner Bros. has hired Lavaf to write one single story as a feature-length film.

This project has been in development since 2009, and has seen both writers and directors come and go. As of right now, there is no director attached to Lavaf’s script.

Something struck me immediately about Lavaf’s hiring that made me really happy. Not only is she a woman (yay hiring more women in Hollywood!), but she’s a relatively inexperienced one. And that’s a good thing. If you look at her IMDb page, you’ll see that before this, she was primarily a writers’ assistant on three different television shows and has written a single episode of the FOX show Fringe. She’s also worked for DC Comics on their Fringe comic.

According to /Film, “Lavaf is a veteran of Warner Bros.’ MonsterVerse — the cinematic universe pitting giant mutant monsters like Godzilla, King Kong and Mothra against each other — contributing recently to the Godzilla 2 writer’s room.” They cite her experience in the sci-fi genre as being relevant.

Now, being that she isn’t credited anywhere on Godzilla: King of the Monsters staff, contributing to the writer’s room can mean anything. But the point I want to make is that they’re “taking a chance on her.” She’s clearly been in the Warner Bros/DC sphere for a while now, she’s written a couple of things, but has never been given the opportunity to write a full-length feature screenplay. So, they’re giving her that chance.

This is exactly the kind of big chance inexperienced dudes get handed all the time. Granted, this isn’t for the directing position, but still. It’s awesome to see that a female writer is being given the opportunity to write the reboot of a beloved property.

Then again, Warner Bros. is going about this in an unusual way that could either turn out great, or could turn out not-so-great by having her write one single story, as opposed to anthologizing somehow. It’s like, why bother calling it The Twilight Zone at that point? Wouldn’t it just be some genre movie with a different title? Add to that the fact that this reboot has been tumultuous to say the least, and I’m forced to wonder if they’re giving it to Lavaf because they don’t have a whole lot of faith in it to begin with.

I try not to be a pessimist when it comes to issues surrounding women working in entertainment, but it’s difficult.

What I hope they’re going for is a larger anthology, where The Twilight Zone will now be a series of films in the same style telling similar stories. Perhaps this is merely the first of several films, and so Lavaf is truly in a position of power in that she gets to shape how future films in this hypothetical series I’m just now making up are written and directed. Hopefully she’ll write several. Maybe she’ll even eventually direct one.

We know very little at this point. All I know is that 1) I love The Twilight Zone. 2) I would love for there to be a good new adaptation that truly captures the spirit of Rod Serling. 3) I always want female creatives in Hollywood to do well, so there’s no hindrance to future opportunities.