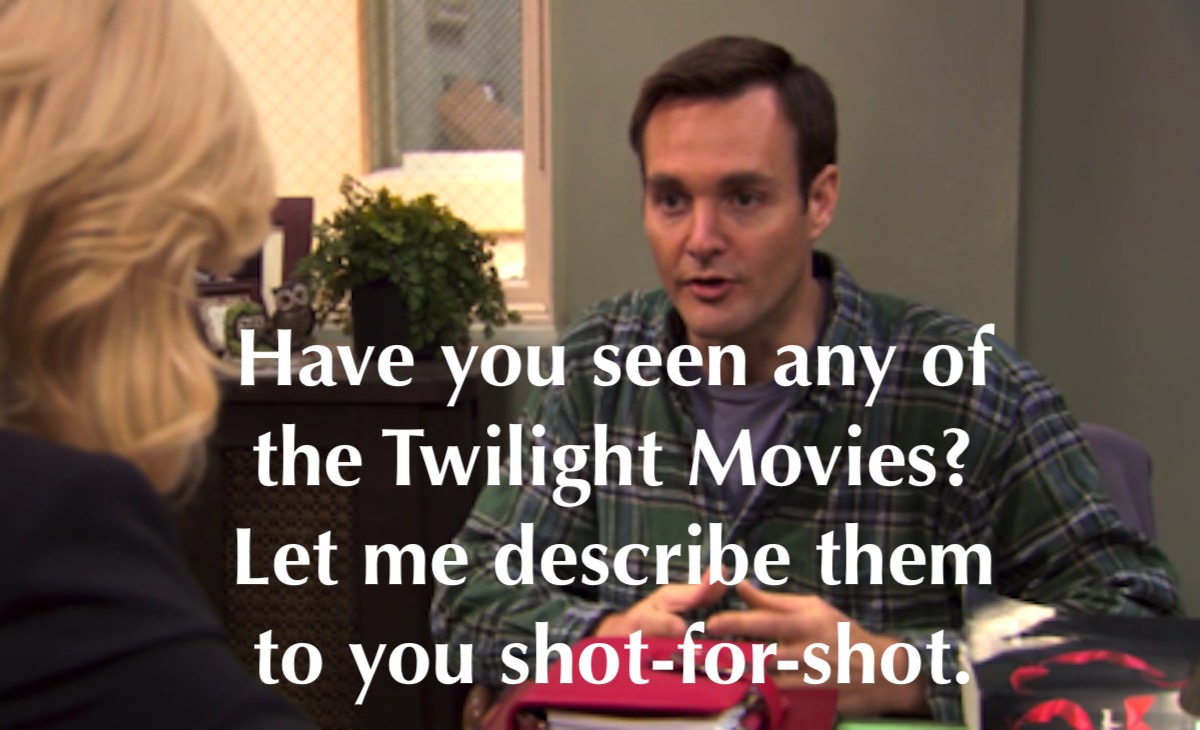 Whether you’re a Twilight stan or not, this saga is iconic and people are over the Moon that it’s now on Netflix. From its sparkly vampires to its over-the-top drama and that madness with a grown man imprinting on a baby, this saga is wild from start to finish. It’s also chock-full of controversy because of the questionable relationship between Bella and Edward, its theme of “thinly-veiled religious screed against teen sex,” and its ignorance when it comes to Indigenous people and their traditions.

But even then, after all is laid out for everyone to take in, people still love the Twilight series. I think its biggest draw is definitely a sense of escapism. I watched it knowing it was going to be ridiculous, didn’t take any of the themes seriously, and got shushed when I went to an early screening with a friend and laughed at the worst time, according to my friend. I couldn’t help it, especially with how Edward reacted to Bella’s smell. Iconic.

Then, there are those whose opinion on the series has changed as they’ve come to acknowledge its flaws, but want to relive their teenage years anyway. That bit of nostalgia is understandable, and I’ve watched plenty of garbage films during this pandemic that I watched when I was younger and now realize are supremely problematic. And honestly, I think that the people that are excited about The Twilight Saga being on Netflix fall into this category, where they’re reliving their past in spite of themselves, more than anything else.

And Twitter, doing what it does best, is full of memes and tweets about the joy and excitement these Twilight fans feel now that they get to relive their teenage years from the comfort of their home and without popping open the Twilight DVD boxset they have hidden in their room.

now that the twilight saga is finally on netflix this is going to be me the whole day pic.twitter.com/zO1aS348MK

Imma wear this while I binge watch the twilight saga pic.twitter.com/jbsJyqW3Ew

today is an extremely important day in our society, the twilight saga is now available on netflix in the US! pic.twitter.com/nlbiCKFQf4

Wanna see my go through Twilight Saga? Wanna see me do it again? pic.twitter.com/K9OIMDfpxq

Now that the twilight saga is on Netflix can we please bring this moment back pic.twitter.com/241YkiyoKW

Me after binging all of the Twilight movies in one sitting now that they’re on Netflix. pic.twitter.com/oELLfgRjYt

The Twilight Saga is on Netflix….my day just got better pic.twitter.com/WEaOOrRMxh

twilight movies are now on netflix so this will be me until further notice pic.twitter.com/jYJFqHF7kk

The Twilight Saga is now on Netflix so, I think it’s a good time to tell y’all that I LOVE Twilight and I’m so sorry I kept it a secret for so long. Twilight is horrible and I love it pic.twitter.com/XsNeOMZXCo

Robert Pattinson logging on to Netflix and seeing the whole Twilight saga there pic.twitter.com/eLcQPjQLr9

the twilight saga is finally on Netflix we fucking won pic.twitter.com/aqyMNZbpIc

binging the twilight saga for the *plot*

Me fighting every urge to watch the twilight series for the 500000th time this year now that it’s on Netflix pic.twitter.com/8yNOZKtYmM