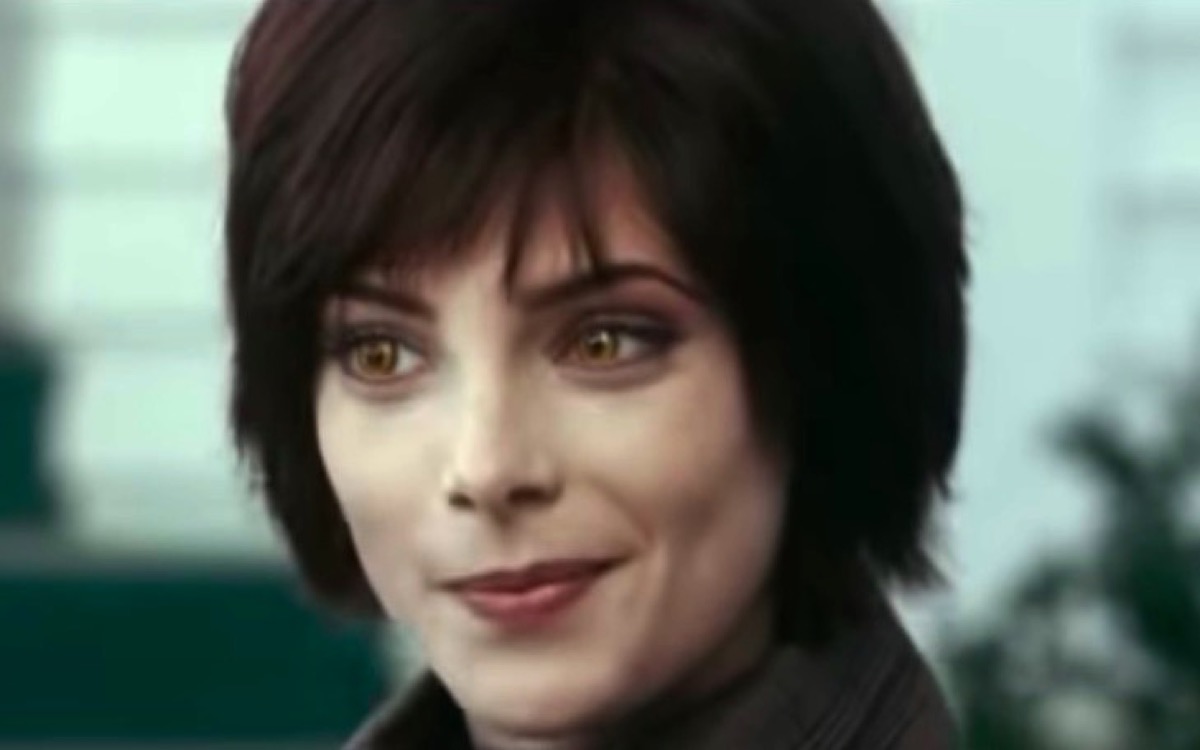 Ah, Twilight. Many assumed that the franchise about the literal undying love between a human embodiment of teen angst named Bella and the just-as-needlessly tortured vampire Edward would forever be a bane to feminist women and girls everywhere … at least, until it spawned another franchise that made Twilight look like a progressive paradise.

It might explain why the Twilight saga (god, I cringe at that word) remains such a source of fascination, especially once werewolf Jacob was tossed in and made love triangles a thing. Or was it an isosceles triangle with Jacob at the far end? Whatever. We can’t help but be fascinated at a series that is so finely, exquisitely tuned to female insecurities, with a heroine who has almost no discernible characteristics or features—making her the perfect blank canvas for girls to project onto, even as most acknowledge how problematic Bella’s so-called love story is.

Nevertheless, rumors of a relaunch have been swirling for years, and given Twilight’s recent resurgence in popularity, it follows that some sort of onscreen continuation is inevitable. As the Watchmen graphic novel—which has itself been continued across several mediums—once said, “Nothing ends. Nothing ever ends.” Such a statement has proved prescient, as it’s now an established fact that popular fiction doesn’t end; it goes on hiatus. There are prequels and sequels, and sequels to the prequels, reboots and reboots of reboots. Already, author Stephenie Meyer has written a gender-swapped version of the story, as well as an entirely new novel from Edward’s perspective.

So, another revamp of a popular franchise would be as groan-inducing as that pun if it weren’t for my belief that there is something to be gained by a fresh look if it puts the focus on one character who also happens to be one of the only reasons I found any joy in Twilight at all.

That would be Alice Cullen, who is bursting with personality from the instant we meet her, both on the page and the screen. From her pixie-like features—which include her short stature and her spiky dark hair—to her optimistic, deeply caring personality, it’s impossible not to be taken by her charm.

While the franchise from whence she joyously sprung has been criticized, and rightly so, for glorifying abuse through the deeply toxic relationship between human teen Bella and vampire Edward by depicting it as the ultimate love story, what’s less acknowledged is that Alice Cullen is a character who could actually be considered both a role model and a feminist heroine, one whose agency is never in doubt and who repeatedly uplifts the often laughable plot.

I’m not alone in seeing this, as Alice has become a fan favorite. Unlike Bella, who’s designed to offend as little as possible, Alice could even be called (I wince to say it) ahead of her time. Where Bella asserts her uniqueness by disdaining traditional femininity even as she embodies its most regressive expectations, Alice is unabashed in her love of fashion, shopping, and party planning. She throws herself into planning Bella and Edward’s wedding with relish and insists on stocking Bella’s closet with incredible clothes that will doubtlessly go to waste. 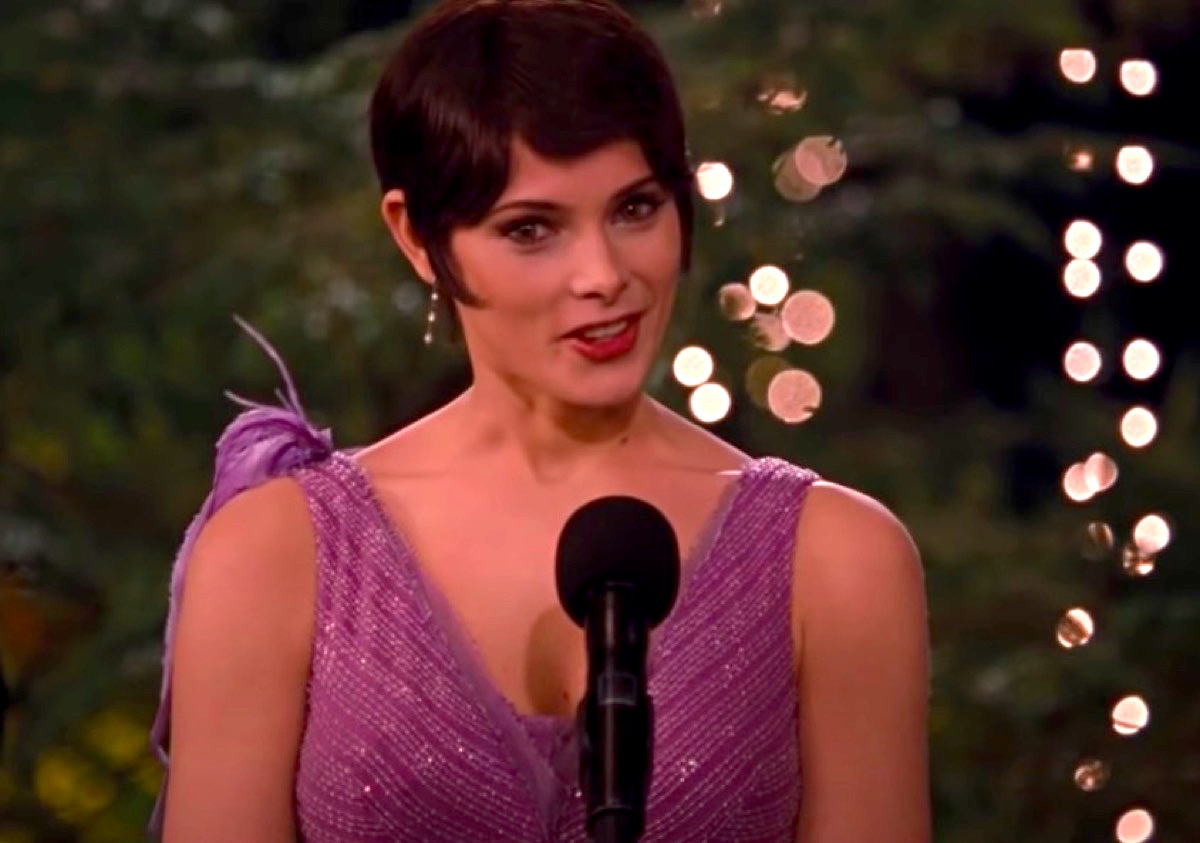 In a refreshing counter to so many action girl stereotypes, Alice’s femininity doesn’t detract from her strength. She’s one of the best fighters in her chosen family, and her powers of precognition are complex and complemented by her empathy, often serving as important plot points that allow Alice to continually save her loved ones, sometimes from themselves.

Yet for all her openness, Alice was initially something of an enigma, unable to recall her life before she became a vampire. A character’s appeal tends to wane whenever the mystery of their origins are revealed, but Alice defied expectations yet again when her popularity grew.

Born with the power of foresight in Mississippi in 1901, Alice was ostracized by her community for her abilities, eventually finding herself confined to an asylum by her own father, after Alice realized that he had killed her mother and was planning to dispense with her, as well. After she was changed into a vampire, she found herself alone, sans memories. But partly thanks to her ability to see the future, she managed to develop all on her own, (mostly) refusing to feed on humans and forging a loving, healthy relationship with her soulmate Jasper far before she ever met the Cullens.

In other words, Alice was a powerful young woman countless others tried to silence, yet found love and happiness not by embodying stereotypical “tough girl” traits such as cynicism and tortured brooding, but through kindness and optimism—well, and visions of the future, but you get the point.

Really, who wouldn’t rather spend time with Alice than watch not just Bella, but Edward, sulk? Things would get a lot more interesting if we stayed centered on Alice when she tracked Bella down in order to save her life in Twilight, or in New Moon, where she tried to learn more about her human life, then devised a plan to save Edward, then Bella (again, this time from the Volturi), fought off crazed newborn vampires in Eclipse to save Bella (yeah, everybody else saw the pattern, too), and finally her journey in Breaking Dawn that basically solved everyone’s problems—including ensuring the movie didn’t entirely consist of the cast sitting around and talking, since Alice’s vision of the future was the reason for that climactic battle that turned out to be a big fake out.

The fans apparently agreed. When The Storytellers: New Voices of the Twilight Saga—a contest to give female filmmakers the chance to create their own short films within the Twilight universe—was announced, Alice was the clear winner, with three out of seven films focusing on various aspects of her life, from her time in the asylum to her first meeting with Jasper.

The so-called saga could only benefit from a rethinking that has the potential to completely change its image. A quick Google search will indicate just how much of a love-hate relationship many have with Twilight. There’s not only a deep dive into the most iconic scenes and little-known facts for its 12-year anniversary, but there’s also a series of lists for how horrible just about everyone in the franchise’s love triangle is. There’s the one about the worst things Jacob did, the worst things Edward did to Bella, and vice versa. For all the supposed happy endings that marked its end, there seemed to be few winners in Twilight.

Do we really need more of a story that’s already been endlessly obsessed over? Of course not. But since I’ve long since resigned myself to the fact that no property will stay dead (pun actually not intended), at least one of the seemingly endless series of reboots has the potential to uplift a regressive series to the #MeToo era.